NEW DELHI : The central government has made amendments to the Customs rules and allowed exporters to use RoDTEP and RoSCTL scrips to pay Customs duty or transfer or sell them to other importers. The amendment will safeguard the transferee who purchased the scrip in good faith.

Abhishek Jain, partner (indirect tax) at KPMG in India, said, “An exporter who gets the RoDTEP or RoSCTL scrips can use them to pay Customs duty or transfer/ sell them to other importers. The government in a much-appreciated move has done away with the provision to institute recovery proceedings against the transferee, in situations where the original scrip was inadvertently obtained. This change will safeguard the transferee who purchased the scrip in good faith.”

Under the Rates (Remission of Duties and Taxes on Exported Products), or RoDTEP, various central and state duties, taxes, and levies imposed on input products, among others, are refunded to exporters. Under the the Rebate of State and Central Taxes and Levies (RoSCTL) scheme, garment exporters get a rebate on central and state taxes on their outward shipments. 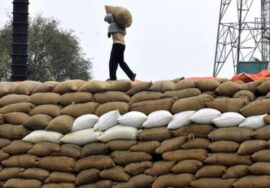 India exports first consignment of plant-based meat products to US

Exports will inch towards $470 billion this fiscal : FIEO