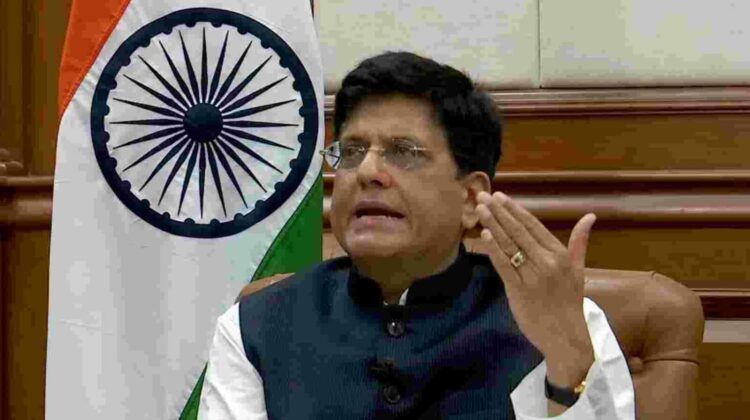 NEW DELHI : Shri Piyush Goyal ,Commerce & Industry and Textiles Minister has assured textile manufacturers that the government  will actively consider the spinning sector’s demand for import duty exemption on cotton contracts for which bills of lading are issued up to September 30, 2022.

In a meeting with industry stakeholders to discuss ways to manage the sky-rocketing prices of cotton and yarn in the country, the Minister “appealed’‘ to cotton and yarn producers to divert only surplus stock for exports after ensuring hassle free supply of the inputs to the domestic industry, according to a media release issued by the Textiles Ministry on Wednesday.

He cautioned that export should not be at the cost of domestic industry which is the largest generator of employment in the country, the statement said.

The Minister also announced setting up the Cotton Council of India, an informal body under the Chairmanship of industry veteran Suresh Bhai Kotak. The council, with representation from the  Ministries of Textiles, Agriculture, Commerce & Industry and Finance, as well as the Cotton Corporation of India and the Cotton Research Institute, will work on a robust action plan to bring about a tangible improvement in the field, the release said. The first meeting of the proposed council has been scheduled on May 28

In a indication that the government may not favour a ban on export of cotton yarn or any other related measure, the Minister said that the administration should not be pushed to intervene due to possible long term impact on the cotton value chain. “Addressing the meeting, the Minister gave a clear and loud message to all stakeholders to resolve cotton and yarn price issue, in the spirit of collaboration rather than competition and super profiteering, without pushing government to intervene….,” the release said.

Responding to industry concerns on the end date for import duty exemption, Goyal said the Centre was considering the industry’s demand to allow exemptions not only on consignments that reach India by September 30, 2022, but also on those that are loaded in the country of origin by that date.

The Textile Ministry was discussing with the Finance Ministry the option of extending duty exemption on consignments for which the bill of lading is issued by September 30 2022, since there was a time-lag between the shipping of consignments by exporters and their arrival in the country, especially at a time when there is a container shortage and port congestion.

Minister of Ports, Shipping & Waterways and AYUSH to inaugurate FFFAI Convention in Chennai

India-UK wish to conclude FTA by end of October