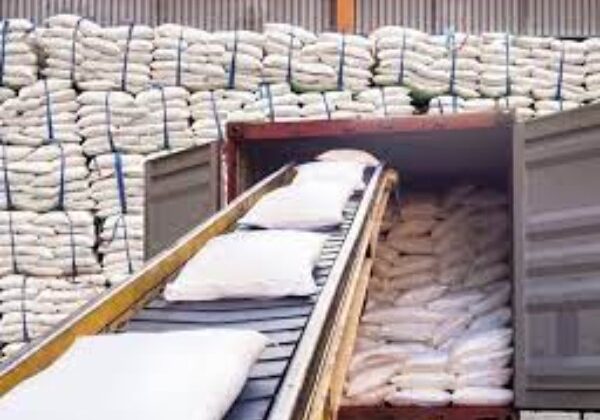 NEW DELHI : The Centre is likely to allow an additional 1.2 million tonnes (MT) of sugar exports in the
current season ending September 2022 taking into account higher-than-anticipated domestic production, according to government sources.

The nodal Food Ministry is working on modalities to allocate the additional quota. The country’s total sugar production is expected to increase by 5,00,000 tonnes to 36 million tonnes in the 2021-22 season, compared to the earlier estimate of 35.5 million tonnes, the sources added.

Even after the export of an additional quota of sugar, the country would be left with around 6-6.8 MT of closing stocks. Mills have exported 9.97 MT of sugar so far in the ongoing 2021-22 season to countries such as Nepal, Bangladesh, Sri Lanka, UAE, Afghanistan, Indonesia, Somalia and others.

Sources also mentioned that there is global demand for Indian sugar even as the international market has seen some correction recently and raw sugar prices have fallen.

Last month, the Nationalist Congress Party chief and former Union Agriculture Minister Shri Sharad Pawar had written a letter to Prime Minister Shri Narendra Modi asking for relaxation in the cap on overseas shipments by 1 million tonnes as production was expected to be higher than earlier estimates.