NEW DELHI : Union Home Minister Shri Amit Shah met the Power Minister Shri RK Singh, Coal Minister Shri Pralhad Joshi and Railway Minister Shri Ashwini Vaishnav at his residence on May 2 to review coal supply to power plants and the demand and supply situation of electricity, according to officials in the know.

India’s power demand hit an all-time high of 207.1 gigawatts (GW) on April 29, driven by the increase in demand from households amid heatwaves and a pick-up in industrial demand. States have struggled to meet the demand, resorting to power cuts in parts.

“There have been a lot of media reports and states have been making allegations against the centre. The home minister reviewed the situation and got clarifications of the various measures the ministries are taking to ease the situation,” a senior official said.

As of May 1, 83 of 150 power plants running on domestic coal had critically low coal levels and many of them cited lack of rakes as the key reason. Another 11 imported coal-based power plants also had alarmingly low levels of fuel.

The issue of transport infrastructure was discussed at the meeting after the Indian Railways said on April 29 that it had cancelled 657 mail and passenger trains to prioritise the movement of coal rakes. These cancelled trains included 500 mail and express trains and 148 commuter trains. Another 42 passenger trains were cancelled on May 1 to expedite the movement of coal carriages to restock power plants across India.

The railways was asked to prioritise the setting up of the dedicated freight corridors and speed up the influx of wagons from already placed orders,” a senior official from the Indian Railways, who was privy to the discussion said.

According to a report in some media release the power ministry is also working on a plan to revive 7,150 megawatts of stressed or under liquidation coal-based projects. It has been writing extensively on the situation as it seeks to dive deep into India’s power crisis as demand for electricity has soared but coal supply has failed to keep pace. It’s special series Power Shock aims to analyse the complexities of the power sector, its challenges and offer solutions. 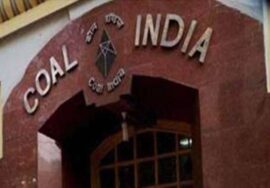