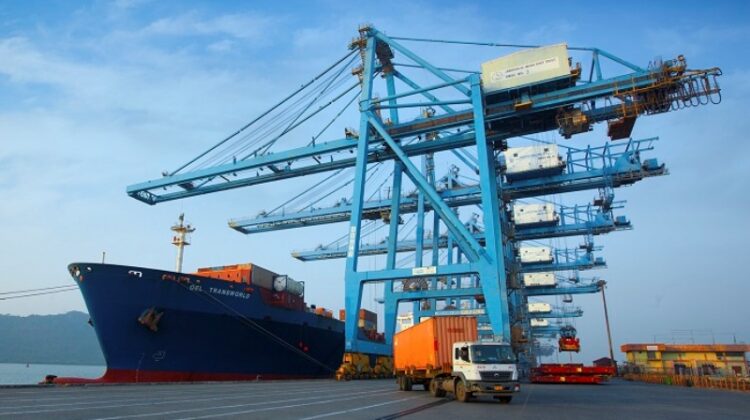 MUMBAI : The Bombay High Court recently adjourned the hearing on plea by Adani Ports and Special Economic Zone (SEZ) Limited challenging disqualification of its bid for upgrade of the container terminal in Navi Mumbai after the Board of Trustees of Jawaharlal Nehru Port Authority (JNPA) informed it that it has postponed the opening of bids to June 15. It said the matter can be heard by a regular bench on June 9.

In its affidavit, the JNPA sought dismissal of the plea stating that the court, which does not have expertise to examine “terms and conditions of present day economic activities of the state,” cannot intervene in the plea.

A vacation bench of Justice Anil K Menon and Justice Nitin R Borkar was hearing plea by the multi-location port developer and operator, which termed the disqualification of its bid as “illegal and in violation of fundamental and legal rights.”

Adani Ports sought from the court a direction to restrain the Board from declaring highest bidder or from signing a concession agreement with any other bidder pending hearing of the plea. “In the event the highest bidder is declared and steps have been taken in furtherance to that, the effect and operation of the same be stayed,” the company urged.

As an alternative, it sought a stay on the operation and implementation of the disqualification letter and urged for it to be allowed to participate in the Request For Proposals (RFP) stage of the tender process.

The Board had issued a tender, a global invitation of Request For Qualification (RFQ) calling for application from interested parties for the upgrade, operation, maintenance, and transfer of Jawaharlal Nehru Port Container Terminal, through a public private partnership (PPP) for a concession period of 30 years.

Senior advocate Venkatesh Dhond and advocate Abhishek Salian, representing the JNPA Board, said the date for the Request For Proposals (RFP) stage of the tender process has been extended and opening of the bids has been postponed to June 15.

Meanwhile, the JNPA filed an affidavit in reply opposing the plea stating that the employer of the project or the Authority is the best body to understand and appreciate tender requirements and whether the bidder satisfies the tender conditions.

The Authority said that even if the court finds total arbitrariness or tender being granted [in a] mala fide manner, still it should refrain from interfering in the grant of tender, however, can relegate the parties to seek damages for the wrongful exclusion rather than to stay or stop execution of the contract.

The Authority sought dismissal of the plea stating that the court, which does not have expertise to examine “terms and conditions of present day economic activities of the state,” cannot intervene in the plea. “The project involves financial implication and investment of over Rs 827 crore. If the tender is delayed, operations at JN Port container terminal will come to a complete halt, and the port productivity, berth productivity and service to the trade will also get affected,” it said.