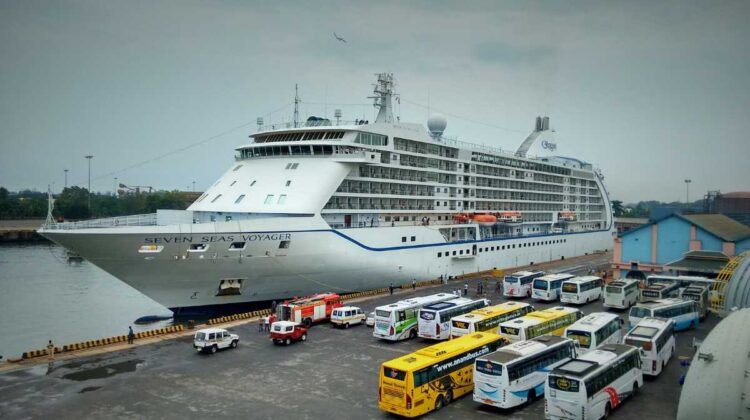 New Mangalore Port Trust (NMPT) handled 25.53 million tonnes (mt) of cargo till December 29 of 2020-21 as against 27.23 mt in the corresponding period of the previous fiscal, recording a decline of 6.2 per cent.

Addressing the media in Mangaluru on Tuesday, AV Ramana, Chairman, NMPT, said that Covid affected the major captive cargoes of NMPT – crude oil and POL (petroleum, oil and lubricants) – during the financial year. The coal cargo handling was also affected as most of the industries in the hinterland were closed for a long time.

Expressing hopes for better cargo handling during the next three months of 2020-21, he said NMPT may handle 36 mt of traffic during the current fiscal.

Thanking the Centre for its plans to construct a tunnel at Shiradi ghat stretch connecting Mangaluru with Bengaluru, he said the proposed project is good for the industries and the port in the coastal Karnataka region. This project will ensure the definite availability of an all-weather road between the port and its hinterland. The proposed project would reduce the business risk and costs for industries, and would transform the trade and economy in the region, he said.

The proposed tunnel project and other major road projects in the region would help the port to handle 45 mt of cargo by 2025, and 77 mt by 2030, he added.