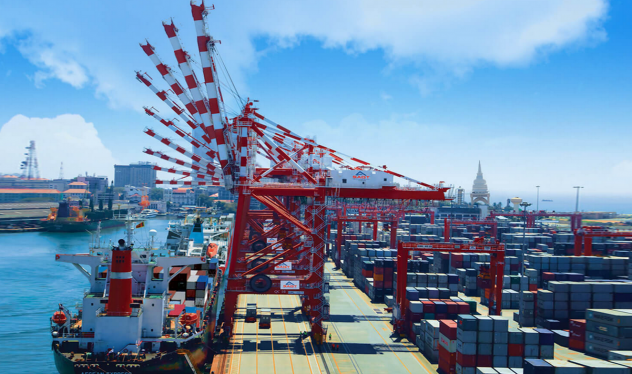 COLOMBO : Sri Lanka’s political turmoil is prompting some shipping lines to detour to Indian ports instead of calling at Colombo, one of the key supply-chain hubs in Asia.

Political protests and a lack of fuel have slowed the number of trucks available to transport containers of textiles and other goods between Colombo’s terminals and supply chains, according to freight forwarders and analysts. That’s created a growing backlog of boxes at the port that shipping companies want to avoid, they said.

Container shipping companies often make a stop at Colombo on Sri Lanka’s west coast to pick up or offload cargo while sailing on routes from Asia to Europe. However, a steady flow of container volume has headed to India’s ports in the past month, according to Christian Roeloffs, the Founder of logistics services platform Container xChange.

“Colombo has had to witness major cargo diversion to Indian ports,” said Roeloffs. “Given the foreign exchange crunch and fuel scarcity, the ports of Sri Lanka have seen a major setback in trade operations.”

Officials disputed any major disruptions at the port.

The port issued a joint statement with container terminal operators and ship agents earlier in the week to reassure shipping companies that operations are being carried out without interruption. Trucks are being prioritized for fuel, although some imported cargoes face delays clearing customs due to the shortage of foreign currency, the statement said.

Sri Lanka has been facing its worst financial crisis of the country’s independent history, with shortages of everything from food to oil. Fuel supplies are so low that the government told citizens not to queue for gasoline at filling stations. The nation has been trying to come up with cash to pay for oil that’s been sitting on tankers off its coast.