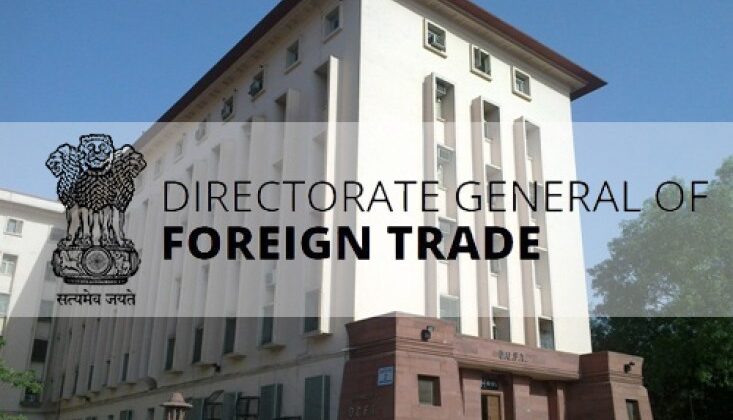 NEW DELHI : The Directorate General of Foreign Trade (DGFT) has sought ₹6,000 crore from the finance ministry for its proposed Districts as Export Hubs scheme that aims to help producers across 200 districts scale up manufacturing and find foreign buyers for their goods.

The department of commerce, under which DGFT falls, has proposed it as a centrally-sponsored scheme, where 60% of the total cost of around ₹10,000 crore will be borne by the Centre, and the rest by states.

Under the proposal, the DGFT has sought funding to develop 200 of the country’s 750 districts into export hubs in phases. It has sought an allocation of ₹50 crore per district.

The DGFT is in the process of responding to queries raised by the ministry of finance and other departments.

The move comes as the government is also in the process of deciding on an “ambitious” export target for FY23.

The district export hub scheme, if approved by the finance ministry, will be part of the new foreign trade policy (FTP). The FTP was initially scheduled for 1 April 2020, but was postponed multiple times to April 2022 owing to the covid-19 pandemic. It was further extended by another six months last month, to September.

“We have asked for around ₹6,000 crore for the District as Export Hub Scheme. It will b e in the 60:40 ratio as we are seeking its approval as a centrally-sponsored scheme. So, 40% will be borne by the respective states for each district. We are also in touch with the states,” said a government official.

“We had sent a note to the ministry of finance, which has raised a few queries. We are going to respond to those and convince the finance ministry for the finances,” he added.

Commerce and Industry Minister Shri Piyush Goyal has said in order to tap the export potential of agricultural and industrial products, the DGFT is engaging with states and union territories to implement the Districts as Export Hub  initiative for all districts of the country in a phased manner.

Queries sent to the commerce and industry ministry and finance ministry on Monday remained unanswered till press time.

The initiative, Goyal said, aims to mobilize each district to achieve its potential as an export hub. Under the initiative, District Export Promotion Committees (DEPCs) have been constituted in most of the districts and products and services with export potential have been identified in each district, he added.

India’s exports touched the highest ever $419 billion in 2021-22, exceeding the target fixed for the year by $19 billion.

The department of commerce has also been implementing the Trade Infrastructure for Export Scheme (TIES) since FY18 with the objective of assisting central and state government agencies to create appropriate infrastructure for exports growth.

While total exports during the last financial year increased to a record high, imports too jumped to $610.22 billion. The government is conducting consultations to decide on an export target for the ongoing fiscal but a number of uncertainties are proving to be an impediment.