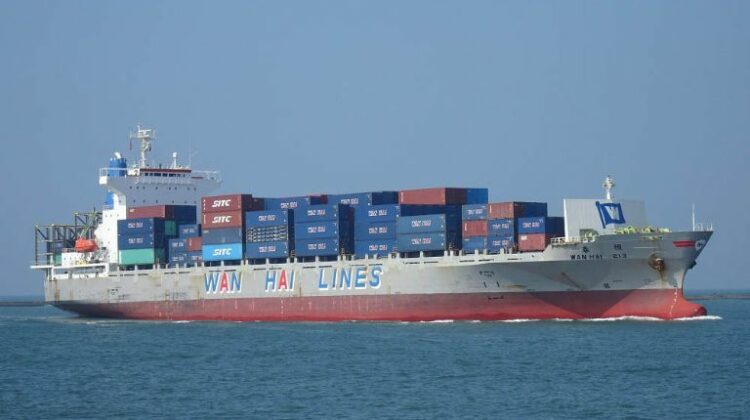 Wan Hai Lines has launched a new service between 15 Japanese ports and both the US west and east coasts.

Cargoes will be collected from the Japanese ports of Tokyo, Yokohama, Kawasaki, Chiba, Shimizu, Nagoya, Yokkaichi, Osaka, Kobe, Mizushima, Fukuyama, Tokuyama, Hiroshima, Moji (Kitakyushu) and Hakata. These will be transshipped in Kaohsiung or Taipei in Taiwan, before being carried to the United States.

Wan Hai said that the cargoes can be shipped to Long Beach, Seattle and Oakland on the US west coast, as well as New York, Savannah, Charleston and Norfolk on the US east coast.

The company, primarily an intra-Asia carrier, said the new service will make it more competitive as a solo Transpacific operator.

Tempted by rising freight rates, Wan Hai began Transpacific services in mid-2020 as a lone operator, starting with routes to the US west coast, and then expanding to the US east coast a year later.

Wan Hai commented, “The new service is synergistic with our Japan services. Along with our existing Asian routes, we’re strengthening our ocean routes including the Middle East, India and South America and US routes.”

Centre’s reforms result in consistent increase of FDI inflow; FDI grows from US $ 45.15 billion in 09 Dec 22