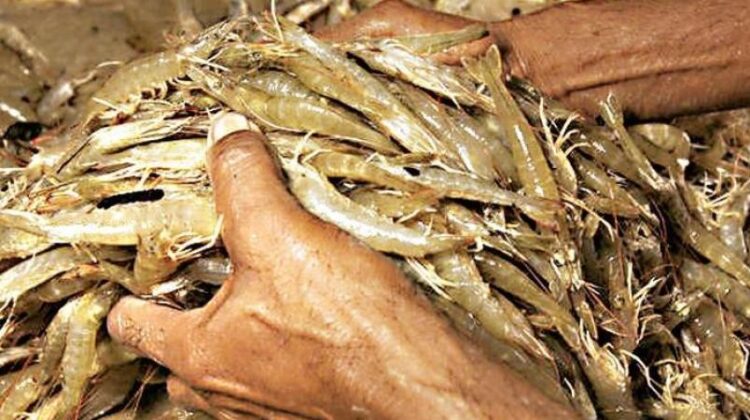 VIJAYAWADA : Anywhere between 1,000 to 1,200 containers of shrimp exported from India are now stranded in the Chinese ports, locking up monetary transactions worth Rs 1,200 crore approximately. Reason: China suspects coronavirus traces on the outer packaging of the frozen shrimp exported from India. Each of these containers on an average has 16 tonnes of frozen shrimp.  These exports belong to 50 seafood export companies from the country and of them, 25 are from Andhra Pradesh.

Andhra Pradesh is the largest producer of shrimp in the country and most of the seafood is exported to other countries. China is the second-largest importer of shrimp from India after the USA. It accounts for nearly 46.44 per cent of the volume of the shrimp exports.

All the 50 companies have been suspended by China. In other words, they have been blacklisted, which has become a cause of worry for the shrimp exporters from Andhra Pradesh. “It has been nearly two months since our exports have been blocked. They are neither clearing the containers from the ports nor clarifying if we can bring them back. Though it has been frozen for exports, Shrimp is a perishable commodity, one more day of delay means, increase is in risk of losing it,”  said Aluri Indra Kumar, Seafood Exporters Association, AP Region president.

He said suspending the seafood export companies means they can no longer export shrimp to China, which means they have to suffer heavy losses. Though payment of aqua farmers have been cleared after procurement, the question is what will happen to the next crop or thereafter?  “Though not all shrimp exports are made to China, it accounts for a sizable share of exports. From AP, the majority of the small count (60-150 count) are exported to China, as it is the largest importer of that type of shrimp,” he said.

There are around 80 seafood exporters in Andhra Pradesh and now 25 of them have been suspended (blacklisted) by China. Some of those 25 exporters are mostly dependent on China to do their business.  “We have already approached the Ministry of Commerce and talks are on at diplomatic level with China to resolve the issue,” Indra Kumar said. Shrimp exports from Andhra are now having their fingers crossed and praying for a positive outcome.

Virus traces?
China suspects coronavirus traces on the outer packaging
Rs 1,200 crore:  value of the shrimp  50 companies have been suspended by China
China is second largest importer of shrimp from India after the USA
46.44% of shrimp exports to China .