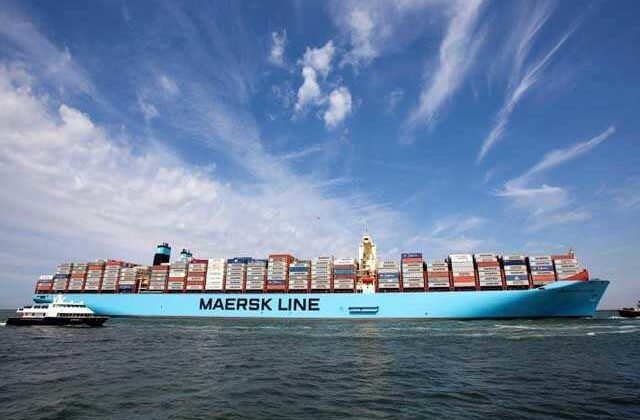 Maersk has confirmed another case of bad weather in the Pacific has knocked hundreds of boxes from one its ships.

The 13,100 teu Maersk Essen was midway through the Pacific bound for Los Angeles when it lost up to 750 containers on January 16 , according to claims consultancy WK Webster. As well as the boxes lost overboard during the storm, many containers have collapsed and been damaged and will need to be removed and repositioned when the ship docks in California. Its scheduled arrival into Los Angeles is tomorrow. Its calls at ports after Los Angeles are likely to be delayed.

Maersk confirmed the incident yesterday in a statement regarding the Danish flagged vessel.

“All crew members are safe and a detailed cargo assessment is ongoing while the vessel continues on her journey. The US Coast Guard, flag state and relevant authorities have been notified,” Maersk said.

Incidents of containers lost overboard, especially in the Pacific, have leapt this winter. A few days ago, Israeli carrier ZIM lost 76 boxes on a chartered in boxship, E.R. Tianping, which was making its way from South Korea to North America.

On December 31, an Evergreen Marine containership, Ever Liberal, lost 36 containers over the side after the vessel encountered severe weather off the coast of Japan on a transpacific sailing.

Meanwhile, in Kobe, operations to unload the hundreds of mangled containers on the ONE Apus are set to continue for many weeks. The Japanese boxship suffered the biggest loss of containers seen for seven years when it hit a severe storm cell in the middle of the Pacific on November 30. WK Webster, which is also involved in the ONE Apus case, has warned that the total cargo insurance claims could top $200m. Beyond the 1,816 containers that fell overboard in the storm there is an enormous volume of badly damaged boxes on deck.