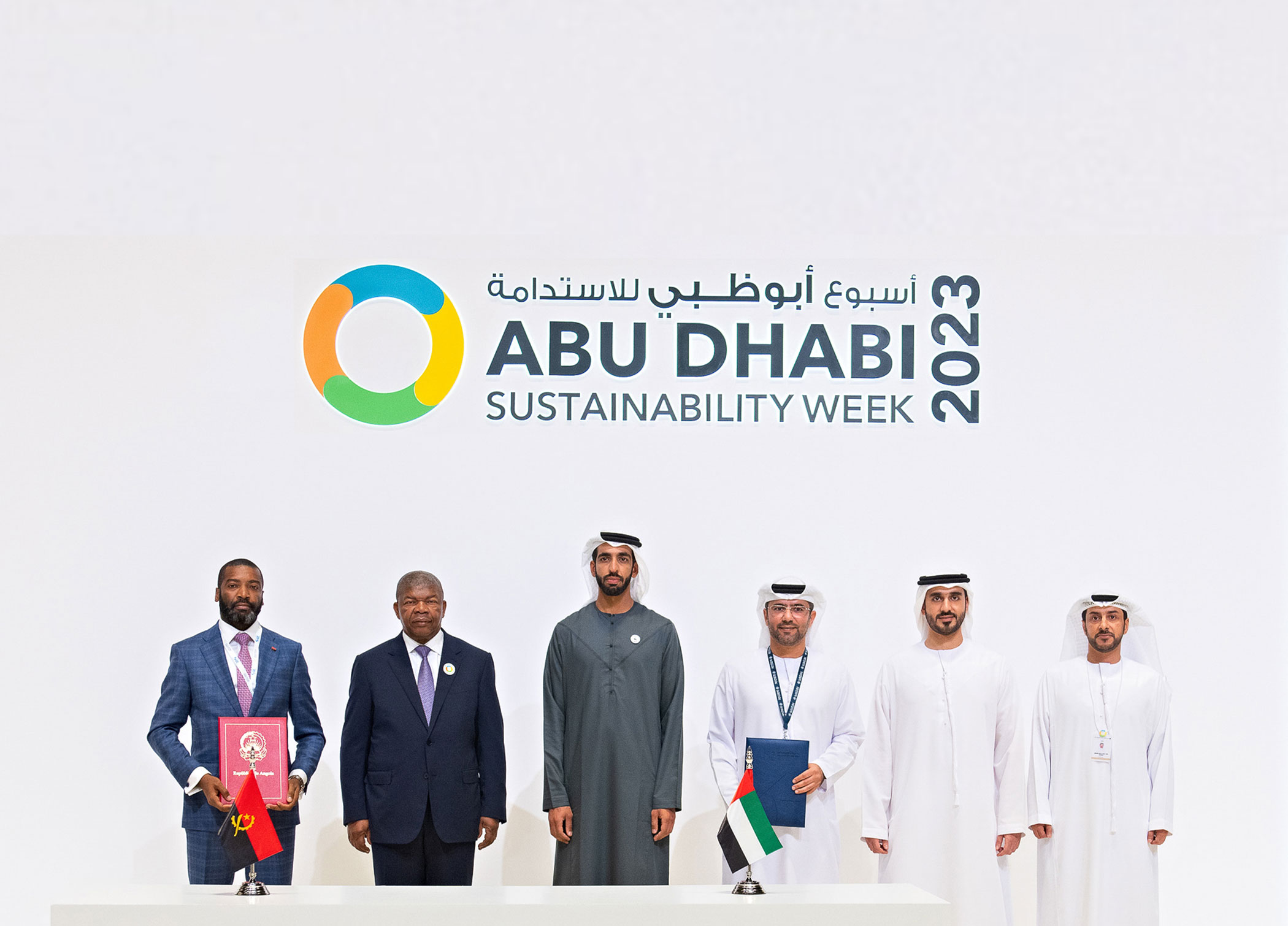 In the presence of Sheikh Shakhbout bin Nahyan Al Nahyan, Minister of State during Abu Dhabi Sustainability Week 2023, AD Ports Group entered into a framework agreement with the Ministry of Transport of the Republic of Angola to begin collaboration on the development of maritime services and infrastructure across the country.

The Group has also entered into a Head of Terms agreement to form a joint venture with state-owned logistics and transportation company UNICARGAS, which manages the multipurpose terminal at the Port of Luanda, Angola’s busiest port that handles more than 70 percent of the country’s international imports and 80 percent of its non-petroleum exports.

The new joint venture, with majority ownership by AD Ports Group, will work to modernise, manage, operate the multipurpose terminal and the logistic business of UNICARGAS.

Areas highlighted under the strategic framework agreement with the Ministry for potential future joint investment and development include ferry and cabotage services, maritime passenger terminals, and logistics platforms, as well as a Maritime Academy in Angola. The framework agreement also covers plans to consider development of the Caio Deepwater Terminal at Cabinda Port, located in Angola’s oil-rich northwest region.

AD Ports Group’s new agreements in Angola have the potential to significantly boost the country’s maritime industry. With Angola’s oil and gas sector contributing approximately 50 percent of the republic’s GDP, and 90 percent of exports, the energy sector in particular is likely to benefit considerably from improved connectivity.Capt. Mohamed Juma Al Shamisi, Managing Director and Group CEO, AD Ports Group, said: “Our collaboration with the Republic of Angola demonstrates AD Ports Group’s commitment to supporting the UAE’s strong and evolving relationship with Angola in line with the directions of our wise leadership.

“We are focused on building fast and efficient maritime trade routes, and we are pleased to bring our robust knowledge base to Angola and the ports located on Africa’s west coast. These agreements reflect the trust the Ministry of Transport and the team at UNICARGAS have placed in us, and in our ability to contribute to Angola’s economic growth plans.”

Ricardo Viegas D´Abreu, Minister for Transport of the Republic of Angola commented: “The development of the Republic of Angola’s port infrastructure is a key priority of our 2023-2027 National Development Plan. Modernising our port infrastructure is a vital step for Angola to maximise the potential of our natural resources and promote economic growth for the benefit of our people. We are delighted to enter into the framework agreement with AD Ports Group and to benefit from its established knowledge and expertise as a global maritime player.”

Mohamed Eidha Tannaf AlMenhali, Regional CEO – Africa, AD Ports Group, said: “We are pleased to participate in the new joint venture to enhance and operate the multipurpose terminal at the Port of Luanda, leveraging the expertise we have developed at ports in the UAE and wider region. Working with UNICARGAS, we see significant opportunities to increase efficiency and boost capacity, deploying the latest innovations to enhance service levels and turnaround times.”

Joaquim Nazaré Pimentel da Piedade, Management Committee Coordinator, UNICARGAS, said: “Our aim is to develop a state-of-the-art multipurpose terminal to enhance the Port of Luanda’s position as Angola’s busiest port, to accelerate trade flows and contribute to economic growth. We are delighted to work with AD Ports Group, which has the technical and operational expertise to take services at the terminal to the next level.”

Angola is considered the sixth largest economy in sub-Saharan Africa, with a GDP of US$ 74 billion. Well positioned to benefit from increased maritime trade, the Republic of Angola offers 1,600km of Atlantic Ocean coastline, with five major operational ports, located at Luanda, Cabinda, Lobito, Soyo, and Namibe.