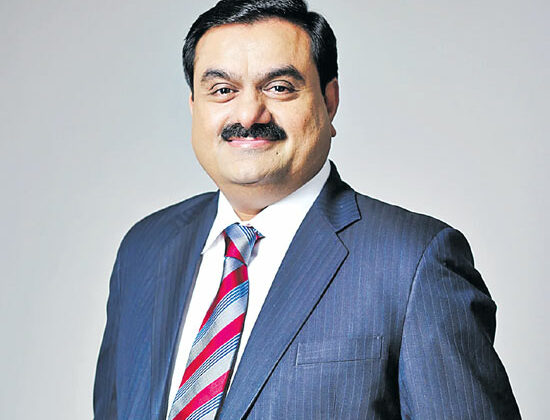 The Gujarat-based industrial house, led by Chairman and Managing Director Gautam Adani, has emerged as the top bidder for the rights to operate a berth at Haldia Dock Complex.

The scope of work includes the provision of end-to-end mechanisation at the berth which must be ready in two years from the date that the port authorities award the contract.

It will entail an investment of Rs 300 crore. The berth will be capable of handling cargo of close to 3.5- 4 million tonnes per annum.

If everything goes according to the plan, this could mark Adani Group’s foray into the port and shipping arena in this state and will further consolidate its dominance in the port sector.

The company’s website claims that it is the largest commercial port operator in India accounting for nearly one-fourth of cargo movement in the country.

It has a presence across 13 domestic ports in seven maritime states of Gujarat, Maharashtra, Goa, Kerala, Andhra Pradesh, Tamil Nadu and Odisha. Bengal will be added to the list when this project materialises.

Vinit Kumar, Chairman of Shyama Prasad Mukherjee (SMP), Kolkata, which manages port operations at Kolkata and Haldia, confirmed that Adani had emerged as the highest bidder for the end-to-end mechanisation of berth number 2 at Haldia. The concession will be given for 30 years as per terms of the tender, he added.

The project will be part of the National Infrastructure Pipeline, launched by the Narendra Modi government in 2019, whereby opportunities in at least nine infrastructure verticals — roads and bridges, railway track, port among others — will be identified and developed in partnership with the private sector.

Adani also features among a clutch of shortlisted bidders to operate a berth in the Calcutta Dock System, Kumar informed.

Shipping industry sources say the entry of India’s largest port operator, owned by Asia’s second richest man, may change the dynamics of cargo handling business at Haldia, which handles coal, iron ore and petroleum products more than any other cargo. Local players have so far controlled the majority of the trade with an iron fist, staving off challenges from pan-India businesses.

“A presence in Haldia will further consolidate their strength on the east coast of India, where it has a string of ports and terminals. It will also aid in their coal trading business,” said a shipping industry official who is aware of the development.

In 2012, the ABG Group had to leave Haldia under questionable circumstances after it failed to operate a terminal at Haldia, blaming entrenched players who had political patronage. Many believe that Gautam Adani, who is perceived to be close to the ruling party at the Centre, will be a different kettle of fish, though.

Besides Dhamra in Odisha which is the closest port to Haldia, Adani owns and operates Gangavaram and Krishnapatnam ports in Andhra Pradesh and Kattupalli Port, north of Chennai in Tamil Nadu. It operates terminals at the government-run Ennore and Vizag Ports — just as it plans to do at Haldia and Kolkata.

The move to introduce end-to-end mechanisation will make the Haldia terminal the most efficient berth. Cargo will be unloaded by mobile harbour cranes to a conveyor belt to the stockyard. A stacker-reclaimer will be used to lift the cargo on to another conveyor  which will take the material to a rapid loading system.

With the help of this rapid loading system, which is being introduced for the first time in Haldia, an entire railway rake can be loaded in two hours flat. At present, dumpers are used to load the rakes.

The Adani Group has been steadily building its presence in Bengal. It operates an edible oil plant under Adani Wilmar at Haldia. It has also won the rights to distribute city gas in partnership with Indian Oil Corporation in Burdwan district. Moreover, an infrastructure arm of the conglomerate has been awarded expansion of the Durgapur — Pulsit stretch of National Highway to six lanes.

At a time the Mamata Banerjee-government is  trying to build a greenfield port at Tajpur, not too far  from Haldia, the interest shown by India’s largest port operator may be seen as positive for the future development of the state’s maritime sector.