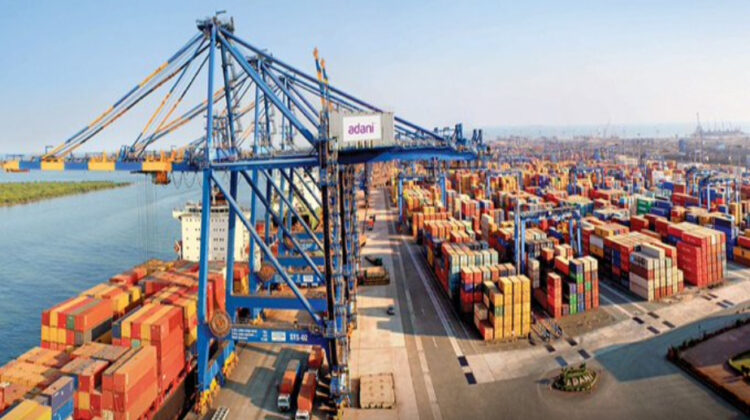 AHMEDABAD : In a bid to become the preferred logistics partner, Adani Ports and Special Economic Zone (APSEZ) plans to continue expanding its port cargo along with focus on logistical services to grow the proportion of its revenue stream.

In its annual report for FY21, the company said it at present, enjoys a 25 percent market share of India’s exim cargo.

“We intend to retain this position by achieving 500 million tonne cargo throughput by 2025 and will lead to enhancing our market share of the Indian market to 40 percent,” said the company.

In FY21, APSEZ handled a cargo volume of 247 million tonne, a growth of 11 percent from last year, as against a 5 percent decline registered by all India ports.

With a clear focus to take the company’s return on capital employed (ROCE) to over 20 percent by 2025, as per the annual report, the Gautam Adani-led company reported an ROCE of 12 percent in FY21.

“Our maturing ports and newly acquired ports are growing in tandem as twin growth engines in enhancing free cash generation,” said the company.

The Dhamra and Kattupalli ports, acquired in 2015 and 2018 respectively, have turned around with positive returns on investments, the company said.

The company in 2019 also announced setting up of container terminal in Myanmar but due to military coup and subsequent violence is monitoring the evolving situation, which has created uncertainties and plans to abandon the project and write down project investments in full if country is classified under Office of Foreign Asset Control (OFAC) taking into account shareholder opinion .

In the logistics business, the company scaled up and diversified its railway rolling stock business taking advantage of changes in the General-Purpose Wagon Investment Scheme (GPWIS) of Indian Railways. This allowed the company to add contracts to operate 16 new rakes for raw material transportation from the mines, which earlier allowed serving customers just from ports.

“We set our sights to build 30 million square feet warehousing capacity during this period and has announced strategic partnership with e-commerce player Flipkart,” said the annual report.