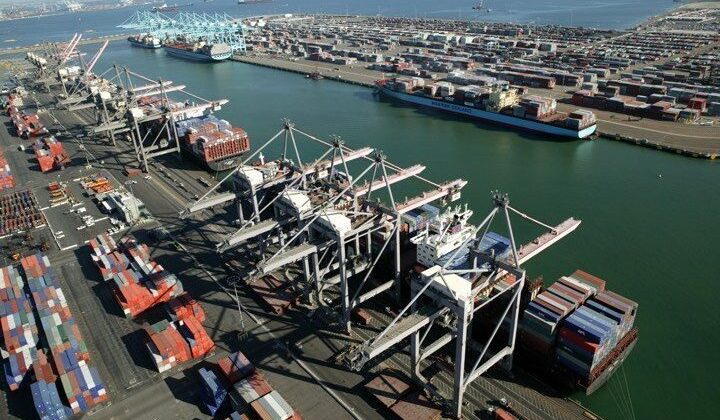 LOS ANGELES : No American boxport is among the top 50 most efficient in the world, a new study reveals, in another damning indictment on the lagging state of US maritime infrastructure.

Released this week, the Container Port Performance Index 2020 (CPPI) ranks 351 of the world’s container ports based largely on dwell time, seen as a reflection of the ports’ processes and infrastructure. The report from the World Bank and IHS Markit clearly identified that Asia’s ports lead the way.

Andy Lane, one of the authors of the report, told Splash, “The report shows that many ports within close proximity of each other are somewhat clustered in the rankings. Asian ports dominate the higher ranking spots, which is maybe not a complete surprise. At the other end of the regional spectrum, North America’s ports ranked relatively lowly, and especially those on the West Coast. Clearly there is some room for improvement here, and that would also open up additional capacity.”

Analysis from Danish consultancy Sea-Intelligence in April spoke to that capacity issue, showing that North American ports are primarily to blame for the container imbalance that has been plaguing the global container shipping industry.

Speaking on the same topic at this year’s virtual TPM conference, Jeremy Nixon, CEO of Ocean Network Express (ONE), noted that terminal productivity in North America lags that of Asian ports by up to 50% because longshoremen put in fewer working hours. At the same event, Vincent Clerc, CEO of A.P. Moller-Maersk Ocean & Logistics, said underinvestment at North American ports is a critical factor in the current box crisis.

Salvatore Mercogliano, an associate professor of History at Campbell University in North Carolina and adjunct professor with the US Merchant Marine Academy, also focused on the issue of investment, telling Splash: “The Biden $17bn infrastructure improvements for ports and waterways cannot come soon enough. The US has lagged in its ports, seemingly always playing catch up with terminals in Asia and Europe.”

The pandemic has magnified these issues, Mercogliano said, leaving importers waiting for delayed cargo and exporters struggling to get their cargo outbound.

Turloch Mooney, associate director, port analytics at IHS Markit and the organisation’s lead on the project, said he sees the report’s data as an important indicator for North American and other low-performing ports to acknowledge.

“The CPPI is a reference point for governments and the other stakeholders in the global economy to identify gaps in performance and associated risks, and hopefully take measures to close those gaps and move this essential agenda forward,” he said.