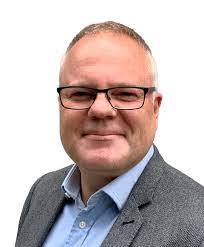 Surcharges of 70%-80% of the total freight cost are no longer uncommon as carriers seek to handle the crisis in equipment and slot capacity, and are unlikely to disappear even when rates begin to lower.

The independent consultant, who spent 23 years at Maersk in sales and customer facing roles, said that surcharges needed to be seen in the context of previously unsustainably low freight rates.

“If you can ship 5,000 pairs of shoes from Asia to Europe for $1,000 it is effectively free shipping,” he told a webinar hosted by freight visibility platform Xeneta. “Surcharges have been a means to try and counter that and make it less transparent. It is a way of negotiating but it has never been at this level.”

But surcharges lacked transparency and were often not known until a booking was completed.

“Shippers should work with a buffer based on knowing the rates but not all the surcharges,” he said. “Carriers are very creative and the surcharges you are seeing now are a result of the extreme situation you are seeing. They are not going to not take advantage of that.”

Historically, surcharges had been a way of sharing risk if something went wrong operationally. In the past, if the risk sat only with the carrier, a single adverse event could take a carrier out of business.

“The world is in a different place now, but that mentality still exists and carriers still face events like Ningbo or Long Beach that they had no part of,” Mr Thomsen said. “They are trying to split the risk, although you could argue right now whether there is much of a split, because the profits show there isn’t.”

There was, however, no simple solution as long as capacity was short and equipment was in the wrong locations.

“The system has broken and every time it tries to get on its feet it just takes one small knock to take it out. In a normal world, the Suez closure would have been annoying but it would have gone back to normal within a week. But we’re not in a normal environment.”

Faced with that new normal, shippers needed to be accurate with forecasting their demand and build in buffers for the inevitable cargos that do not get lifted.

“The large customers will get some level of space guaranteed but even they are dealing with an extreme situation,” said Mr Thomsen. “There is no magic bullet. It is a question of building in buffers and getting as close to forecasts as possible.”

Rates would stay high ahead of the contract negotiation seasons on the main east-west trade lanes too.

“Carriers will always try to push up short time prices ahead of contract negotiations,” he said. “They are one of the key reference points when you go into the contracting season.”

But on the positive side, there were unlikely to be more significant price rises.

“From a carrier perspective, there is a limit to how high it will go. The other part of it is that there is a lot of cargo that has been moving from the carriers to the forwarders, which have seized back a significant part of the market.”

The threat of regulatory intervention, even if unlikely to occur, would also have a tempering effect.

“We are at a point where a lot of goods are not being moved now because it is too expensive,” he said. “That changes the fundamental economics, which means governments get involved.”