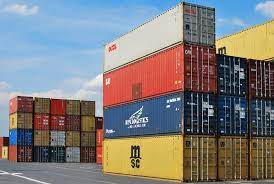 NEW DELHI : To address the problem of shortage of containers for exports, the tax department has decided to give three more months for the re-export of imported vessels lying at domestic ports, according to an official circular.

Currently, duty-free imports of containers are allowed with the condition of re-export in the next six months. However, keeping containers beyond six months is considered as deemed import and thus import duty is levied, a policy aimed at ensuring faster turnaround of containers.

To avoid such import duties, shipping lines export empty containers to evade duty payment on containers which are lying empty. However, such practices are aggravating the problem of shortage of containers for exports.

The Central Board of Indirect Taxes and Customs (CBIC) asked its field officers to give three months more time for the re-export of imported containers lying at domestic ports.

As a temporary measure to improve containers availability for export of containerised cargo and to promote export of laden marine containers, the CBIC has issued a guidance to its field offices to extend this period by three months where the container is being taken out of the country in laden condition provided the six month period falls before end of this fiscal.

Time extension has to be sought by the concerned importer.

Disruptions due to the COVID pandemic has resulted in high shipping freight rates and container shortage globally, a problem which has been raised repeatedly by exporters.

It has been brought out in stakeholder consultations by the commerce ministry that the problem could be eased through creating policy incentives for discouraging export of empty containers.

“As a temporary measure to ease containers available presently for export of containerised cargo and with an aim of promoting export of laden marine containers, it is guided that, where the initial period of six months is till on or before March 31, 2022…(a) provision of (a) circular may also be applied on receiving intimation before expiry of initial period of 6 months from the concerned importer that the container shall be re-exported in laden condition within the next three months,” the CBIC said in a circular.

This step is expected to reduce the export of the empty containers from the country on ground of imposition of import duty, thus increasing the availability of containers for the trade.

Federation of Indian Export Organisations (FIEO) said that they had sought the measure to reduce exports of empty containers from India. FIEO noted that shipping lines were saying that since the duty-free import of containers was allowed with conditions to re-export with a specified period (6 months further extendable by 3 months), at times to meet this deadline, they are compelled to export empty containers.