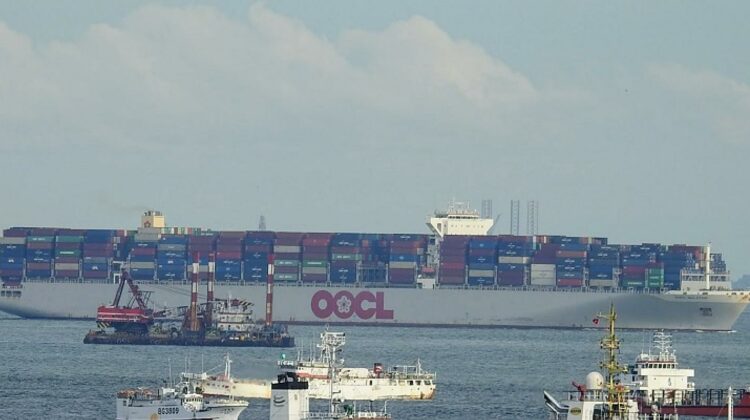 Hong Kong-listed Orient Overseas (International) Ltd (OOIL), which owns OOCL, reported a massive surge in first half net profit to $2.81bn compared to $155m in the same period in 2020. With an EBIT of $2.85bn OOCL reported an EBIT margin of 40.8%.

Asian container lines, both global and regional, have mirrored their European cousins with huge increases in profit as freight rates soar on port congestion and supply chain disruption.

OOCL listed the now familiar range of operational challenges such as port congestion, empty box shortages, Covid quarantines at container terminals, and labour disputes and the likes which have combined with a surge in demand and resulting shortage of capacity.

“Despite our efforts to increase capacity, supply and demand have been in severe imbalance as a result of both stronger-than-expected demand and also the numerous operational challenges,” OOCL said.

hese market forces have put upward pressure on freight rates on most tradelanes, and it is these market forces, in addition to our usual careful attention to cost control, that have driven the strong profitability that has been achieved during the period.”

The surge in demand and freight rates is not restricted to the long-haul trades and feeder and intra-Asia carrier Regional Container Lines (RCL) reported Q2 2021 profits THB3.2bn ($96.12m) a 14-fold increase on the same period last year. For the first half of 2021 profit was THB6.1bn compared to THB228m in the same period in 2020.

The Thai-listed container line said container freight rates in Q2 had risen an “astonishing” 78% and as a result its second quarter 2021 revenues had doubled year-on-year to THB7.9bn.

Looking ahead HMM said: “The highly elevated freight rates are expected to last through this year at the least. The global supply chain will remain strained, resulting from terminal congestions in major ports, the shortage of both vessel space and containers, and increased cargo demand.”

It was a similar picture for New York Stock Exchange-listed, Israeli carrier ZIM Integrated Shipping Services which reported a net income of $888m for Q2 2021 compared with $25m in the same period a year earlier.