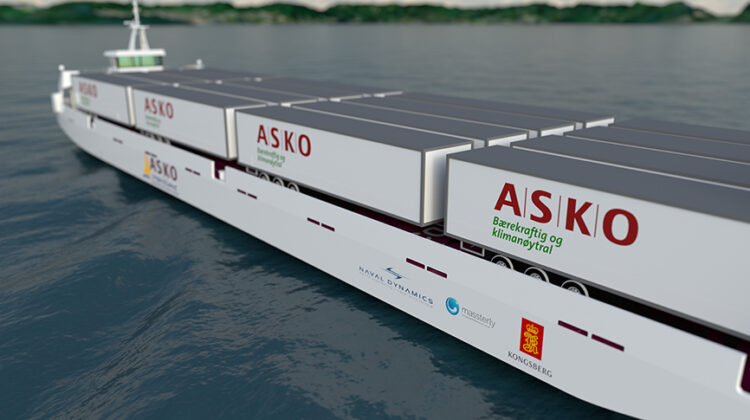 LONDON : The Maritime Safety Committee (MSC) of the International Maritime Organization (IMO), at its 103rd session in May 2021, has completed a regulatory scoping exercise to analyze relevant ship safety treaties, in order to assess how Maritime Autonomous Surface Ships (MASS) could be regulated.

The completion of the scoping exercise represents an all important first step, paving the way to focused discussions to ensure that regulation will keep pace with technological developments.

The scoping exercise was initiated in 2017 to determine how safe, secure and environmentally sound MASS operations might be addressed in IMO instruments.

The outcome of the regulatory scoping exercise was discussed and completed by the MASS Working Group which met during MSC 103.

For each provision, the exercise identified whether MASS could potentially be regulated by: equivalences as provided for by the instruments or developing interpretations; and/or amending existing instruments; and/or developing a new instrument; or none of the above as a result of the analysis.

The outcome highlights a number of high-priority issues, cutting across several instruments, that would need to be addressed at a policy level to determine future work.

These involve the development of MASS terminology and definitions, including an internationally agreed definition of MASS and clarifying the meaning of the term “master”, “crew” or “responsible person”, particularly in Degrees Three (remotely controlled ship) and Four (fully autonomous ship).

Other key issues include addressing the functional and operational requirements of the remote-control station/centre and the possible designation of a remote operator as seafarer.

Further common potential gaps and themes identified across several safety treaties related to provisions containing manual operations and alarms on the bridge; provisions related to actions by personnel (such as firefighting, cargoes stowage and securing and maintenance); watchkeeping; implications for search and rescue; and information required to be on board for safe operation.

The Committee noted that the best way forward to address MASS in the IMO regulatory framework could, preferably, be in a holistic manner through the development of a goal-based MASS instrument. Such an instrument could take the form of a “MASS Code”, with goal(s), functional requirements and corresponding regulations, suitable for all four degrees of autonomy, and addressing the various gaps and themes identified by the RSE.

The Committee invited Member States to submit proposals on how to achieve the best way forward to a future session of the MSC.

The outcome of the MSC’s regulatory scoping exercise, as approved by the Committee, including the full analysis of treaties, can be found as an annex to the report of MSC 103 (MSC 103/21/Add.1, annex 8) and can also be found in circular MSC.1/Circ.1639 (Outcome of the Regulatory Scoping Exercise for the use of Maritime Autonomous Surface Ships (MASS)).

IMO’s Legal and Facilitation Committees are currently also in the process of conducting regulatory scoping exercises on conventions under their purview.