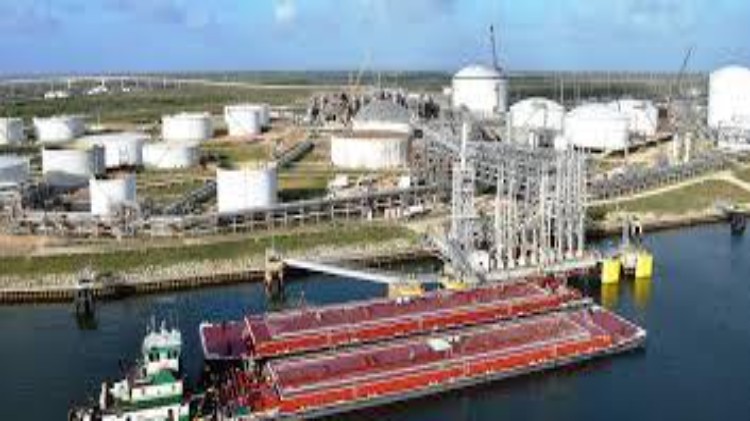 Singapore — Bangladesh plans to build its first refrigerated LPG base terminal with around 30,000 mt of storage capacity to enable the bulk import of propane and butane in bigger refrigerated LPG vessels as it strives to cut retail prices and further boost imports, a senior BPC official told S&P Global Platts.

he $150 million project at a deepsea port on Matarbari island, in the Bay of Bengal, is expected to be ready by 2025 and will commence operations soon after, the official said.
State-run Bangladesh Petroleum Corp., or BPC, has awarded the building contract to a consortium of Japan’s Marubeni Corp., Vitol Asia Pte. Ltd. and Singapore-registered PowerCo International Pte. Ltd., after several rounds of negotiations with a number of companies, the official added.

Another consortium led by Japan’s Mitsui and South Korea’s SK Gas, as well as the Sumitomo Corp.-Gyxis Corp. consortium, were also in talks with BPC.

Siddique said the terminal would be developed on a build, own, operate and transfer, or BOOT, basis, and will be built on BPC land.

The Bangladesh Energy Regulatory Commission said in a recent report that the high cost of shipping in bulk LPG was the main barrier to lowering domestic LPG prices.

It recommended importing LPG in bulk cargoes of 20,000 mt or above instead of small parcels. This would require terminal and infrastructure that can handle medium gas carriers, or MGCs, with LPG-carrying capacity of between 20,000 mt and 40,000 mt, or VLGCs, which have at least 40,000 mt carrying capacity.

Cost factor
The commission’s report said LPG prices in India’s West Bengal were $50-$60/mt cheaper than in Bangladesh mainly due to the difference in shipping costs. Officials had previously said larger vessels docking at the Matarbari deepsea port could lower costs by up to $40/mt.

The FOB Middle East propane price averaged $581.5/mt over January to March 8, up from $490.98/mt in the year-ago period, according to Platts data.

The FOB Middle East butane price averaged $581.5 over January to March 8, versus $444.63/mt in the year-ago period, Platts data showed.

India imports refrigerated LPG in bulk carriers, or VLGCs and MGCs, mainly from Middle Eastern suppliers, but the private sector in Bangladesh imports small cargoes of 2,500-5,000 mt, the commission said in the report.

Bangladesh usually imports pressurized LPG in coaster-type vessels with a capacity of about 1,800 mt delivered to Mongla port from trading sources such as Singapore, or the nearest deepsea ports where large ships can anchor and break bulk. Its main LPG suppliers include Siam Gas, BB Energy, Vitol Asia and Petredec, an industry source said.

More than 25 LPG companies, of varying sizes and investment, now operate in the Bangladeshi market.

LPG consumption by households, commercial units and as auto fuel in vehicles has been growing rapidly since 2016 due to favorable government policy, including duty waivers on the import of LPG and its machinery.

Local and international companies have been spurred to invest in the LPG sector by the government’s strategy to popularize LPG consumption instead of piped natural gas amid fast-depleting domestic natural gas reserves.

The government’s drive against illegal piped gas connections, especially in households and commercial units, has also helped boost LPG usage in Bangladesh, while consumption growth has led to the rapid rise in LPG operators.

China seeks to dominate Bay of Bengal through Myanmar Ports