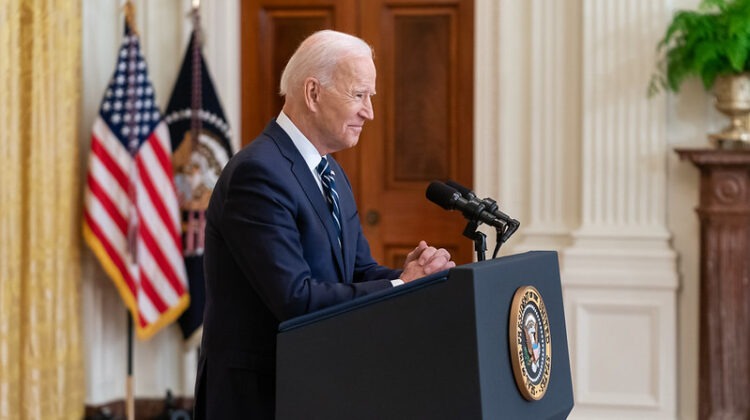 NEW YORK : The White House said it would aim to adopt ambitious measures that will place the sector on a pathway to achieve this goal.

This would up the ante for the IMO, which has set out to cut CO2 emissions by 40 percent by 2030, and at least halve its emissions by 2050, compared with 2008 levels, and subsequently head for a complete phase-out.

The targets have been deemed rather unambitious by many progressive governments. However, achieving even these objectives will pose a major challenge for the shipping industry as it looks to ways of financing its transition and defining the path toward decarbonization.

Specifically, choosing the right technologies and developing alternative net-zero fuels for the maritime industry accompanied by the relevant infrastructure is expected to be a gargantuan task

BUSINESS & FINANCE
Posted:13 days ago
The pledge is being made on the back of a major climate summit hosted by Biden as he looks to restore the place of the U.S. as the world’s front-runner in the fight against climate change.

The U.S. President announced that the United States will target reducing emissions by 50-52 percent by 2030 compared to 2005 levels. He underscored America’s commitment to leading a clean energy revolution and creating good-paying, union jobs – noting that the countries that take decisive action now will reap the economic benefits of the future.

As part of the massive clean energy strategy, the Biden-Harris Administration plans to quadruple clean energy innovation funding over the next four years.

The White House said the country would be advancing international collaboration on innovation and supporting the launch of Mission Innovation 2.0, an international technology mission on carbon dioxide removal set to be promoted at the UN Climate Change Conference (COP26).

The U.S. is also joining the organization’s hydrogen mission and co-leading, with Denmark, a mission to reducing greenhouse gas emissions in international shipping, both slated to launch at the June 2021 Mission Innovation ministerial.

The international shipping sector contributes approximately three percent of global greenhouse gas (GHG) emissions, and the sector’s emissions are only projected to increase if left unchecked.