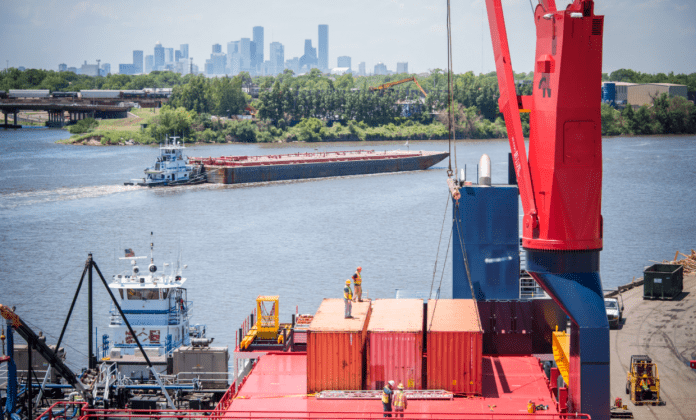 Port Houston has achieved double-digit growth for the seventh consecutive month in its container throughput.

The port in Texas has handled 281,500TEU in September, representing an increase of 11% over the same month of the previous year. The improved performance has been mainly driven by increased consumer spending, according to the port authority.

Additionally, from January until September, the container traffic at the sixth-busiest port of the United States has risen by 16% compared to the corresponding period of 2020.

Meanwhile, steel imports were also elevated by 161% year-on-year in September and 28% year-to-date. “This growth reflects increased activity in the energy industry,” explained the port.

“We expect container, as well as demand for steel, to continue growing through the remainder of the fourth quarter and into next year,” noted Roger Guenther, Executive Director at Port Houston.

Earlier this week the Port Commission of the Port of Houston Authority awarded the first major dredge contract for the billion-dollar Houston Ship Channel Expansion – Project 11.

“It’s an exciting time at Port Houston, and we are accelerating infrastructure expansion now for increased capacity in the future,” commented Guenther.

Port Houston said it negotiated multiple options for the implementation of this project and selected the approach with the most reduction in overall nitric oxide emissions, using more efficient equipment and providing for retrofitting emission-reduction technology.