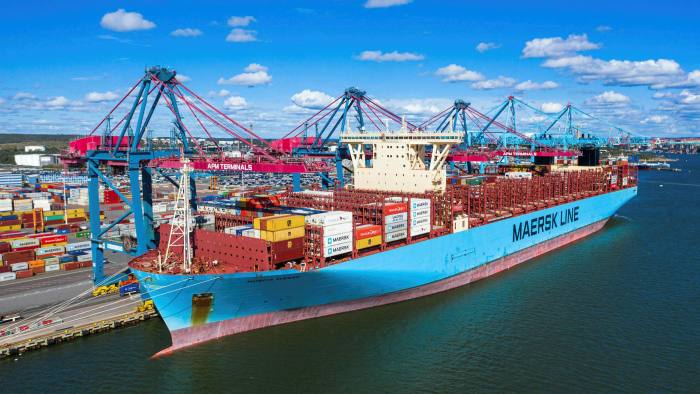 The shipping industry — which contributes close to 3 per cent of global emissions — was excluded from that scheme because of the difficulties of finding an efficient replacement for fossil fuel.

But the European Commission has repeatedly signalled its intent eventually to include shipping in the carbon cap and trade system known as EU-ETS. Under this scheme, companies that emit CO2 in excess of the carbon allowances they are assigned must buy extra in the market, while those that use less are free to sell theirs.

Now the EU is finally ready to make good on its promise. In two weeks, the commission is expected to set out the terms on which it will extend the ETS scheme to shipping, potentially as early as 2023.

The big question is whether Brussels will be brave enough to set a date for extending the scheme to all ships coming into EU ports from around the world, rather than just those travelling between European countries.

When the EU tried to take similar action on international aviation a decade ago, it almost sparked a trade war with the US. But the situation today is different. The Biden administration has declared its intention to push shipping towards net zero by 2050, rather than accept the industry regulator’s global target to cut emissions by 50 per cent.

It is true that the technologies and fuels best suited to drive decarbonisation in shipping are not yet clear. But the feeble efforts made just a few weeks ago by the International Maritime Organization, the industry’s global regulator, to set short-term targets for emissions reductions should stiffen Brussels’ resolve. The measures voted through will not even be enough to put the sector on track to meet its current emissions target, says Mr. Lasse Kristoffersen, Chief Executive of Norway’s Torvald Klaveness. He is not the only shipping executive to decry the IMO’s lack of ambition.

But recent history shows that the global shipping industry often responds better to external pressure, such as when an EU ultimatum spurred the IMO to implement rules on low sulphur fuels by 2020 rather than delaying until 2025. Or again, when Brussels took the lead in requiring larger vessels to monitor, record and verify emissions.

The structure of the IMO, a UN body charged with the Sisyphean task of getting 174 members with vastly different and often competing interests to agree, works against bold action.

While the IMO is constrained by division, the industry and its political supporters have railed against the EU’s decision to go it alone. They complain that it will lead to fragmented, regional regulations that will add cost and complexity to the business of maritime trade. They also claim that expanding Europe’s ETS to international shipping will undermine the IMO’s own efforts to reach a truly global agreement on market-based measures, such as a carbon tax.

Maersk, the world’s largest shipping company, has proposed a tax of $50 per tonne of carbon rising over time to $150 a tonne. Yet at the IMO meeting in June, member states could not even back a tax of 70 cents per tonne of CO2 to fund research into green technologies to power ocean-going vessels.

Optimists say the IMO’s decision to discuss market-based initiatives at its next gathering in November is a sign that things are changing. But the agreed calendar gives the IMO two years to assess appropriate measures. After that, there is only a vague commitment to “develop” the measures.

The very real risk is that divisions will resurface in time to delay action again. Meanwhile, the industry’s total emissions are expected to rise. According to the IMO, global shipping emissions could increase by as much as 50 per cent in 2050 compared with 2018 levels, on a business as usual basis.

In seeking to postpone the pain of transition now, the shipping industry is setting itself up for much more pain later. Its corporate customers are under pressure to reduce not just their own emissions but those generated by their supply chains. Financial institutions too are under scrutiny for those they choose to finance.  The maritime sector has had nearly a quarter of a century to think about how to shift to a greener future. Now, it is time to draw a line. “Defined in the right way, an EU scheme could be the game changer,” says Kristoffersen. A game changer is exactly what the world, and the industry, needs.