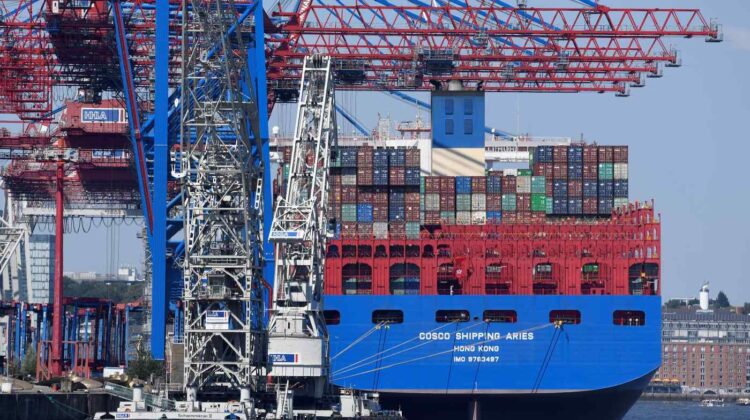 DALIAN : Chinese state-owned shipping company COSCO Group has tied up with Tesla to undertake a digital transformation, a process the leading container carrier expects to help unsnarl the mess that international logistics has become amid the pandemic

The tie-up also calls for COSCO to share its shipping data with Tesla so the EV pioneer can put the system through its paces at a Shanghai port.

Ports and logistics networks have lost much of their efficiency since the second half of 2020 as governments began introducing and tightening measures to prevent the spread of the coronavirus, Xu Lirong told Nikkei. Xu is the chairman of COSCO Shipping Holdings.

As logistics have snarled, seaborne freight shipping fees have risen, Xu said, noting that a shortage of containers is also behind the increased costs.

The group’s streamlining efforts are picking up pace. “We will promote the digitization of shipping,” Xu said. “We have established a system to exchange shipping data in real-time, using blockchain technology.”

The system has been provided to Tesla, which used it on a trial basis at a port in Shanghai. It enabled Elon Musk’s company to receive shipments without its employees having to touch documents and other materials, Xu said.

The system “takes care of important functions, such as paperless work, amid the coronavirus crisis,” he said.

COSCO Group was established in 2016 by the merger of China’s two largest state-owned shipping companies. At the end of 2020, it owned the world’s third-largest fleet of container carriers.

With distribution becoming snarled, Xu said, “we have done our utmost to stabilize logistics networks by proactively increasing the number of containers to raise our shipping capacity.”

Asian markets hold the key to further growth, and the group is betting on the southern Chinese island of Hainan to help it tap the region. After acquiring Hainan Harbor and Shipping Holding in 2019, and through the end of 2020, the group opened 30 new routes connecting the island to domestic and overseas ports, Xu said. The island thus “has taken a step forward to become a hub of maritime transportation between China and the Association of Southeast Asian Nations,” he said.

The group invests in and manages overseas ports in line with the Chinese government’s Belt and Road Initiative, a global infrastructure development strategy. President Xi Jinping has declared his intention for China to become a “true maritime power.”

The COSCO Group calls at more than 1,500 ports in 160 countries, Xu said. Greece’s Port of Piraeus, which the group has invested in, has become the biggest hub port in the Mediterranean and is seen as a “model” Belt and Road project, Xu said.

But the group is exposed to risks resulting from its government-linked management system. Residents near ports that host the group have staged protests and warned that COSCO’s presence will inject Chinese influence into local affairs. It remains uncertain whether the group can smoothly expand its overseas operations.

The pandemic has dealt blows to global supply chains and gravely affected the shipping industry, Xu said. But “global trade as a whole is expected to move toward recovery in 2021 as the spread of vaccinations improve the infection status,” he added.

The group also needs to establish favorable ties with overseas governments and companies while also complying with Chinese government policy, a balancing act made all the more difficult as China-U.S. relations deteriorate. 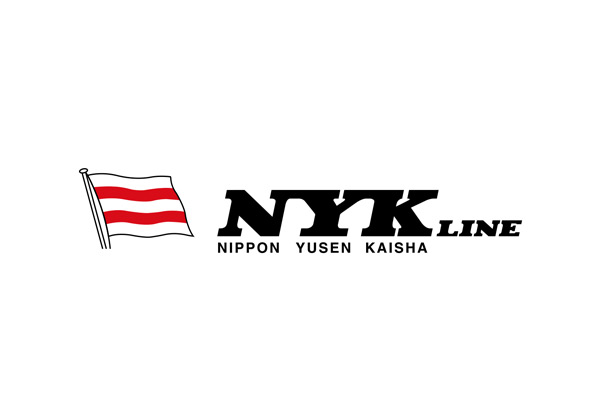 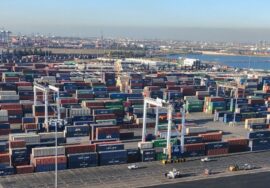 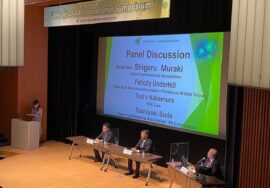 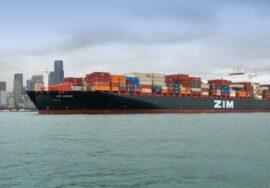 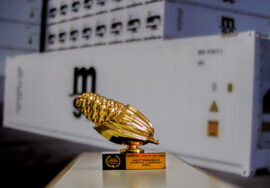