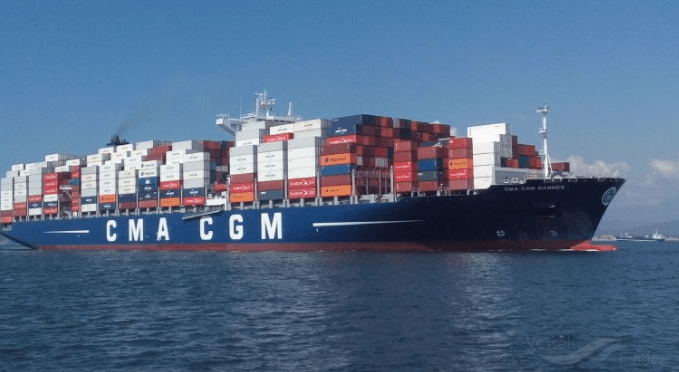 Therefore, CMA CGM will become the sole owner of the FMS facility post transaction closing, as it is currently holding the remaining 10% stake in the terminal.

The French shipping carrier will pay US$2.3 billion for the acquisition, funded from its own resources, according to a statement, while the closing of the transaction remains subject to the approval of the competent regulatory authorities.

“In order to manage efficiently our port operations on the West Coast of the United States, we have decided to acquire Fenix Marine Services,” said Rodolphe Saadé, Chairman and CEO of the CMA CGM Group.

FMS is the third-largest terminal in the Los Angeles/Long Beach port area in terms of capacity, around 2.5 million TEU, and one of the largest in North America.

The terminal benefits from a long-term concession agreement through 2043, according to CMA CGM, and has the following infrastructure:

“Fenix Marine Services is one of the largest terminals in this country and one of its most strategic gateways. It is a key industrial facility which will significantly strengthen our position and support our rapid growth in this market,” commented Saadé.

After the closing of the transaction, the CMA CGM Group will take over the operations of this industrial facility with the goal of improving its service quality.

As part of its plan, the Marseille-based company said it will accelerate the terminal’s development with the following investment in the coming years:

CMA CGM noted that by early 2022, the FMS terminal will handle the first CMA CGM liquefied natural gas-powered 15,000TEU ships to be deployed on routes between Asia and the United States.

This investment is consistent with the company’s strategy of developing its terminal business while supporting the growth and efficiency of its shipping lines, and increasing service quality for its clients, added CMA CGM in its announcement.

Currently, the French shipping group has investments in 49 port terminals in 27 countries, through its two subsidiaries CMA Terminals and Terminal Link, which is a joint venture between CMA CGM and China Merchants Port (CMP).