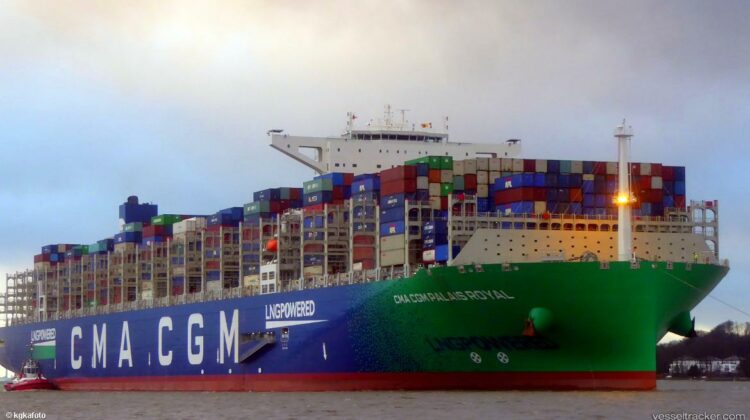 MARSEILLIE : French liner major CMA CGM has added 14 new vessels and 32 second-hand vessels to its fleet in 2021 to speed up maritime decarbonisation efforts.

Since the beginning of the year, the company has taken delivery of 8 new ships, including the last five of its fleet of nine 23,000 TEU units powered by liquefied natural gas (LNG).

CMA CGM Sorbonne, the last LNG-fueled 23,000 TEU containership out of a series of nine giant containerships built in China, was delivered in June this year.

CMA CGM plans to deploy all nine vessels between Asia and Northern Europe.

The transition to LNG as a marine fuel is part of the company’s strategy to cut emissions and become carbon neutral by 2050.

“These vessels, which operate today with LNG and biomethane, almost completely eliminate emissions of atmospheric pollutants (air quality) and are a first step towards the reduction of greenhouse gas emissions,” CMA CGM stated.

“The engines deployed on these vessels already have the technical capability of using e-methane (instead of LNG), a source of carbon-neutral fuel.”

The company’s “e-methane ready” fleet currently consists of 18 vessels already in service and will have a total of 44 vessels by the end of 2024.

“Protection of the environment has been a strategic priority for many years at CMA CGM, as evidenced by the concrete actions which have allowed the Group to reduce its CO₂ emissions per TEUKm by 49% between 2008 and 2020,” according to the shipping major.

In addition, CMA CGM has acquired 15 second-hand vessels and has one new chartered 15,000 TEU ship.

By the end of the year, the firm expects that it will take delivery of additional 26 ships.

In April 2021, CMA CGM placed an order for the construction of 22 boxships worth around $2.3 billion, making the deal the largest single containership order in China’s shipbuilding history.