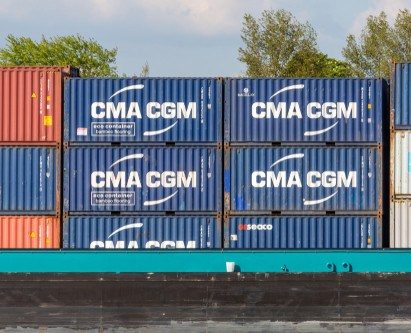 MERSEILLES : CMA CGM has decided to stop accepting bookings for the ports of Tunis and Rades in Tunisia “with immediate effect and until further notice” due to the severe operation delays.

The French carrier said it has been experiencing operation delays in Tunis and Rades for weeks, cumulating an average port stay of 25 days (between congestion/waiting time and very low operational productivity at berth).

“As a result, Tunis/Rades cargo evacuation processing from our hub is being obviously seriously affected,” noted the company in its statement.

The suspension, which was announced on 16 July, includes all cargoes from all the ports worldwide to these two destinations in Tunisia, but is not applicable to cargoes loaded on RORO service between Marseille and Tunis/Rades.

In the meantime, CMA CGM has noted that as an alternative, bookings can still be accepted/diverted to other Tunisian ports such as Sousse, Sfax and Bizerte.

“We are working at re-implementing Tunis/Rades call in the coming weeks, as soon as the situation enables it,” said CMA CGM.