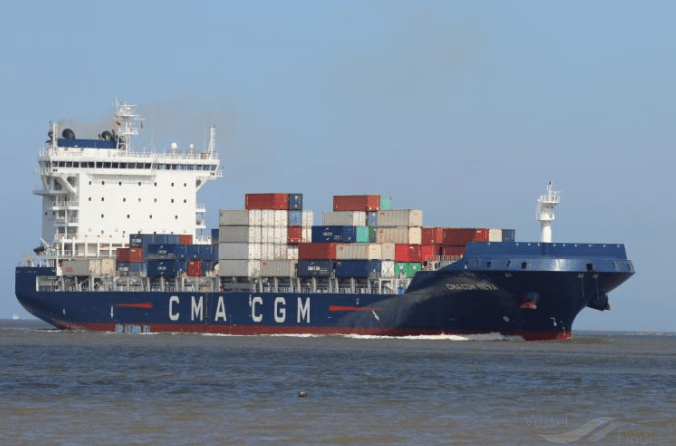 MARSEILLE : CMA CGM on Friday reported a surge in third-quarter earnings and said it expected an even stronger performance for the end of the year as intense demand kept freight rates high and container capacity stretched.

French-based CMA CGM, one of the world’s largest container lines, said net profit rose to $5.6 billion in the third quarter from $567 million in the same period last year, while core EBITDA earnings rose to $7.1 billion from $1.7 billion.

Maersk, the world’s largest container line, said this month that port delays would persist into next year.

“The pressure on effective shipping capacity for consumer goods observed since the summer of 2020 is expected to persist until at least the first half of 2022,” CMA CGM said.

“The current context is thus likely to enable the Group to achieve an even stronger financial performance during the fourth quarter.

The group, which is privately controlled by the Saade family, had increased its shipping capacity by nearly 6% in the year to September 2021, it said.

The company has also expanded like Maersk in non-maritime transport, using the acquisition of CEVA Logistics two years ago and the creation of an air freight division this year.

As part of its air cargo push, CMA CGM announced with Airbus on Friday an order for four A350F freighter jets.

Rising earnings have helped CMA CGM accelerate investments this year, including the planned acquisition of a port terminal in Los Angeles for around $2 billion.

The group also said its net debt had fallen sharply, standing at $11.9 billion as of Sept, 30, down $4.9 billion compared with the end of last year.