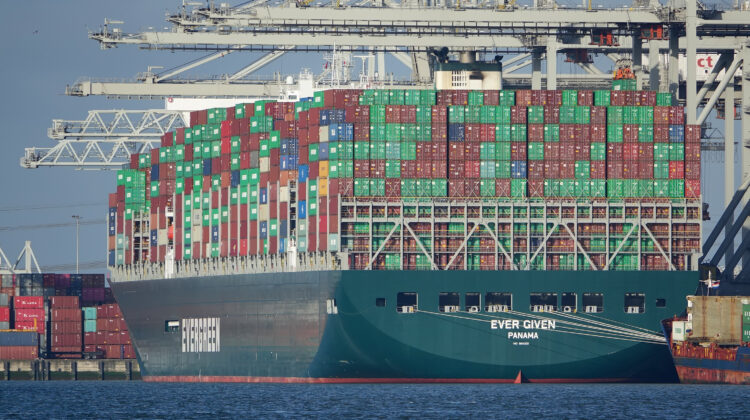 European and international companies are bracing for possible rising costs and growing supply-chain complications as the blockage of the Suez Canal heads into a fourth day amid signs of still longer backlogs.

Retail and manufacturing importers are watching for delays in their supply chains that already are strained by global disruptions, and some are considering alternative routes, including sending goods using pricier airfreight or on ships sailing around Africa, which could stretch out deliveries by as long as two weeks.

“We are keeping an eye on the situation,” a spokesman for Dutch brewing giant Heineken NV said, adding that a few of the company’s containers are delayed. “We feel comfortable for now with the contingencies we have in place,” the spokesman said.

The companies are tracking the growing backlog at the Suez Canal as authorities there struggle to refloat the Ever Given, a 1,300-foot ship operated by Taiwan-based Evergreen Group that got stuck in the canal.

“The Suez is primarily used for Asia to Europe traffic, so from a consumer goods, retailer standpoint it will have a dramatic effect on Europe,” he said.

So far, there hasn’t been an impact on Ducati’s production. But Chief Executive Claudio Domenicali said supply disruptions from transport difficulties in recent months are among the biggest threats to the company’s recovery since the second half of 2020. “It’s a bit worse than it was last year,” Mr. Domenicali said.

A Ducati spokeswoman said that the company, owned by German car maker Audi AG, would arrange alternative transportation, including pricier airfreight, should delays at the Suez Canal threaten the import of parts needed for production.

Executives at some businesses are weighing the costs of waiting for the canal to reopen—which could be days away or longer, according to shipping experts—against the costs and timing of other transportation options.

Freight rates for shipping containers from Asia to Europe, which have soared over the past year as retailers and manufacturers have rushed to restock inventories depleted during the pandemic, have remained steady during the Suez blockage, but that could change if it drags on.

“If the delays continue though, that’s another story,” said Eytan Buchman, chief marketing officer at Freightos, a Hong Kong-based digital shipping rate provider. “If it gets bad enough and carriers choose to reroute around Africa instead of waiting for the canal to clear, importers will obviously experience delays due to the longer transit time,” Mr. Buchman said, “and likely increased prices because of the additional costs associated with the longer route.”

The Warehouse Group Ltd. , a North Shore, New Zealand-based retailer, expects the blockage to exacerbate shipping delays the company has been dealing with since late last year due to pandemic-related restrictions. “The Suez Canal is likely to be blocked for a couple of days, which isn’t going to help,” Chief Executive Nick Grayston said on a Wednesday earnings call.

If the Ever Given can’t be dislodged quickly, or if the vessel isn’t seaworthy because of hull damage or the weight of its cargo, shipping lines will have to divert around Africa, extending transit times and driving up fuel consumption, said Alan Murphy, chief executive of Denmark-based maritime research firm Sea-Intelligence ApS.

A prolonged blockage would exacerbate a continuing container shortage and tie up more vessels and boxes in the Asia-Europe trade lane, Mr. Murphy said. “That would force importers to fight for the available containers,” he said, and the problem would ripple out to other trade lanes the longer the Suez is blocked.

Another alternate route would be shipping goods by rail on the growing overland networks that have sprung up between China and Europe. Johannes Schlingmeier, co-chief executive of Container xChange, an online marketplace for buying and selling shipping containers, said transportation companies have stepped up their marketing of those services this week.

Some U.S. importers expecting shipments from India are bracing for potential delays in coming months because of the Suez Canal blockage, adding to what has already been a difficult shipping year.

At Cheektowaga, N.Y.-based Christmas Central, a mostly online seller of lights, seasonal décor and outdoor items, shipments from India of items such as outdoor rugs and lanterns aren’t yet delayed, said President Nathan Gordon. But if ships head back to India later than planned, that could affect shipments booked weeks from now, he said.

“They haven’t said there are any issues yet, but anything is possible with the shipping disasters happening this year,” said Mr. Gordon