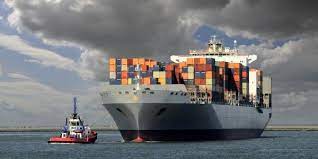 NEW DELHI : Businesses have been given more flexibility in using machines and materials imported at concessional duty for export production, said an official statement from the Central Board of Indirect Taxes and Customs (CBIC).

The tax authority said in a statement on Tuesday that a circular has been issued to assist businesses in understanding the improvements in rules so that they could make full use of the new facilities. The circular that CBIC signed off on Monday urges senior field officers to guide businesses in making use of the simpler norms brought out in February.

As per this, businesses using materials imported at concessional duty for further export of goods can outsource their entire production requirement.

The absence of this facility had earlier constrained the industry especially the micro, small and medium enterprises which did not have the complete manufacturing capability in-house.

Another major incentive now provided is to allow those who import capital goods at a concessional customs duty to clear them in the domestic market on payment of duty and interest, at a depreciated value. This was not allowed earlier and manufacturers were stuck with the imported capital goods after having used them as they could not be easily re-exported.

Also, the procedure for availing the concessional customs duty have been simplified. The needed records can be sent by email to the official concerned to avoid any physical interface, said the CBIC statement.

The circular has clarified various issues which would help businesses, said Niraj Bagri, partner at Dhruva Advisors LLP. “The focus of the scheme has been on declarations and self-account mechanisms to make it more business friendly…. The circular also intends to bring end use-based exemptions under the purview of concessional import rules to streamline the procedure and provide certainty to the trade,” said Bagri.