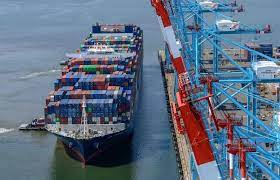 Across all segments of the shipping industry, one thing that everyone agrees on is that there is no quick solution to the supply chain disruptions and challenges that have been experienced in 2021. The major carriers, as well as the ports, are warning that the surge is likely to persist, which will continue to drive shortages, lack of capacity, and increasing rates.

“We advise customers to plan their supply chains well ahead, particularly for the upcoming holiday rush,” writes Maersk in its Asia Pacific market update sent to customers on September 27. “We expect strong export demand from Asia to continue for the rest of the year particularly into the U.S. and Europe. Inventory levels in Europe and the U.S. remain at their lowest levels on record, leading to stock outs on some products. This means even once retail demand declines, we will see cargo volumes continue to remain strong as inventory levels need to be rebuilt.”

The visible signs of the surge resulted in the broad coverage of the record number of vessels arriving at the southern California ports and record backlogs. However, those same issues are resulting in backlogs at ports around the globe and it is having a broad effect on liner service.

“There’s no quick fix here,” says Josh Brazil VP, Data Insights, project44. “Unless demand drops significantly after the holiday rush, this could be a multi-year problem.”

Maersk forecasts that global container demand growth will be between six and eight percent for all of 2021 saying that it continues to take steps similar to other major carriers to alleviate the delays. Maersk highlights efforts to rationalize its schedules, repositioning empty containers, and tripling the number of dry freight containers in its fleet over the last few months.  The carrier also plans to reduce the number of port calls on some routes to improve reliability.

“Continued strong demand, coupled with network disruptions has hammered our schedule reliability,” Maersk admits to customers in its update. However, they warn that they expect equipment availability to continue to be tight in Q4 2021. “We expect Q4 to be stronger for Asia imports with network utilization remaining above 95 percent,” but the carrier also points to congestion in ports and supply chain bottlenecks as the “true drivers of high freight rates.”

“Shippers can no longer absorb the costs,” says project44’s Brazil. “Sustained astronomical shipping rates coupled with a delayed supply are already causing inflationary pressures in the broader economy.” Project44 highlights that shippers are faced with increasing delays and slower service and little way to avoid the problems. With few alternatives, project44 says shippers are being forced to cover the price increases.

Speaking on a Bloomberg TV interview, the Port of Los Angeles’s Executive Director Gene Seroka said the pressure points are throughout the supply chain. While liner capacity has increased 30 percent on the major trans-Pacific routes and vessel productivity is up 50 percent in the port, Seroka admits that cargo is sitting longer at the ports and warehouses and vessels are backing up. Calling for the domestic supply chain to speed velocity, Seroka highlighted to Bloomberg that truck capacity at the port has only risen eight percent since the surge began and as much as 30 percent of truck reservations are going unused.

While Seroka expects imports will plateau as consumers venture away from home and use more services, he is also calling on the U.S. federal government to increase its investment in infrastructure for the West Coast. He reported that investments in U.S. East Coast and Gulf ports have been ten-to-one versus the West Coast.  “That has to change,” said Seroka discussing the steps how he believes are needed to address the current supply chain challenges.