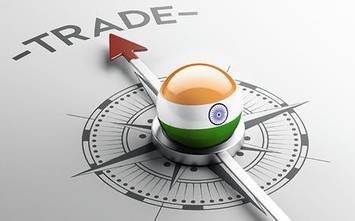 A careful balance needs to be struck between offensive, defensive interests to ensure the talks don’t get stalled, say officials

NEW DELHI : The Commerce Ministry is ready to kick-off its consultation process for the free trade agreements (FTAs), which it proposes to enter into with the EU and the UK, with all stakeholders including the industry and other Ministries.

“The consultation process for the FTAs with the UK and the EU will begin shortly in July. The government needs to strategise well for both the FTA negotiations as there will be ambitious demands for opening up various sectors,” an official tracking the matter told .

A careful balance of the country’s offensive and defensive interests is called for to ensure that the talks do not get stalled, the official added.

The Commerce Ministry is expected to ask various export promotion councils to identify items that are sensitive and need to be protected and also the ones for which greater market access in the EU or the UK is needed.

Apart from the export promotion council, various industry bodies such as CII, FICCI and FIEO, will also be asked to give their inputs, the official added.

India’s free trade talks with the EU had started way back in 2007 but got suspended in 2013 over key market access issues in sectors such as automobiles, wines and spirits and financial services and also over visa for professionals.

It was at the India-EU Leaders’ meet earlier this year, attended by Prime Minister Narendra Modi and leaders from EU countries, where it was decided to re-start the talks.

As the UK is no more a part of the EU following Brexit, it has been discussing the need to get into an FTA with India for some time and also formally agreed to launch negotiations this year. British Trade Secretary Liz Truss has already started the process of consulting stakeholders in her country for the proposed FTA with India.

The EU is India’s third largest trading partner, accounting for €62.8 billion worth of trade in goods in 2020 or 11.1 per cent of total Indian trade, after China (12 per cent) and the US (11.7 per cent), as per figures shared by the European Commission. Among European countries, the UK was in the top five list accounting for bilateral trade worth $12.29 billion with India in 2020-21.

The Commerce Ministry will also consult with other Ministries and Departments, especially those such as textiles and automobiles which have a considerable stake in the talks. “The Textile Ministry, for instance, has a huge interest in both the FTAs as it sees a lot of scope for expansion in both the UK and other EU countries. Since competing countries such as Bangladesh and Vietnam get preferential access in these markets, it feels that lowering of duties will give a major push to export to the region,” the official said.

While in the case of UK, the Commerce Ministry is likely to start the consultations from scratch, a lot of ground has already been covered in the case of the EU. “We already know what the areas of interest are on both sides and also what the red lines are. We have to see where all there is space to compromise and push,” the official said.