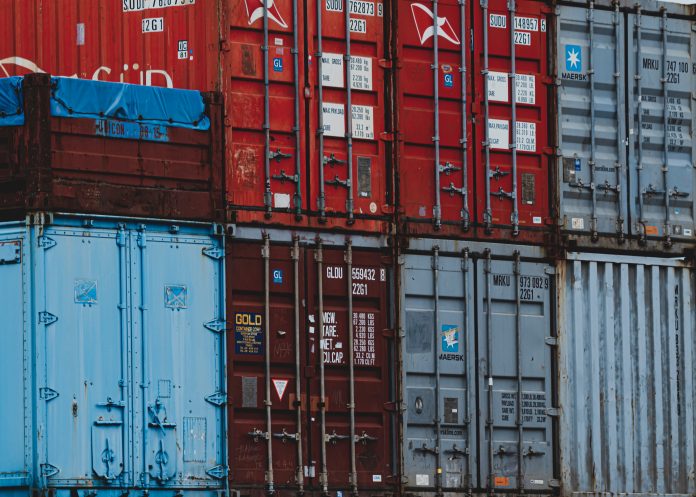 SHANGHAI : There are over 60 container ships full of import cargo stuck offshore of Los Angeles and Long Beach, but there are more than double that — 154 — waiting to load export cargo off Shanghai and Ningbo in China, according to eeSea, a company that analyzes carrier schedules.

Whether it’s due to heavy export volumes, Typhoon Chanthu or COVID, rising congestion in China is yet another wild card for the trans-Pacific trade.

Congestion in Chinese ports that slows the flow of exports is bad news for U.S. importers but it could temporarily alleviate pressure on the ports of Los Angeles and Long Beach.

When operations at the Chinese port of Yantian were heavily curtailed by a COVID outbreak in June, ships at anchor in California’s San Pedro Bay declined. The problem for California ports was that the temporary reprieve was soon followed by a surge of delayed cargo.

“The devil in these things is the whiplash effects,” Simon Sundboell, founder of eeSea, told American Shipper. “What you’d rather have is more stability, not these swings, and I think what everybody fears is that the swings will become even more volatile. When the system is already this stretched, all of these unexpected events can be a causal factor in congestion.”

A major driver of congestion on both sides of the Pacific Ocean: Landside capacity (terminals, trucking, rail, warehousing) is limited, but the vessel capacity of a single ocean trade lane is highly flexible.

While the number of ships in the world is finite, operators can shift ships to wherever they make the most money. And the trans-Pacific is now a particularly lucrative trade: Spot rates including premiums can top $20,000 per forty-foot equivalent unit (FEU).

“These assets [ships] are so super-mobile,” said Sundboell. “What’s happening now is the opposite of what dogged the industry for the past 20 years. Five years ago, people were asking: How can the trans-Pacific rate drop from $2,000 to $1,500 [per FEU] in the space of just six days? It was because you could take a vessel from one place and sail it someplace else, and suddenly there were more ships and a price war and rates dropped.

“Now we’re seeing the opposite,” he said. As ship operators pile more capacity into the trans-Pacific, congestion rises, delays mount, the incentive for shippers to pay premiums is supported, and all-in rates remain at record highs.

According to eeSea, the number of Far East-West Coast services has surged from 48 in January to 67 this month. In contrast, the number of services on this lane stayed fairly steady last year, at 42-46.

In addition, ships are being drawn from other trades to serve as “extra loaders” (ships that perform one-off voyages). In some cases, multiple ad hoc ships are doing multiple round trips — a hybrid of an extra loader and a scheduled service.

“We’re definitely seeing carriers pulling ships from Asia-Middle East and Asia-Africa and putting them into the trans-Pacific trade,” said Sundboell.

“Whether it’s for one round trip as an extra loader or whether it becomes semipermanent, I don’t even think the carriers know themselves right now. They’re just playing the market and if it makes more economic sense to take a ship from the Middle East and put it in the trans-Pacific, they’ll do it, whether it’s for one month, three months or six months, which is why nobody knows what this network is going to look like six months from now.

Yet another driver of increased trans-Pacific congestion: There are not only more ships, but the ships are getting smaller, meaning that more vessels are needed to carry the same TEUs.

According to eeSea, the average capacity of ships serving Asia-West Coast services was 8,601 TEUs in January and is 7,125 TEUs currently, a decrease of 17%.

We recently analyzed the average size of vessels at anchorage or drifting off Southern California currently versus the Q1 anchorage peak on Feb. 1 and found a similar drop: from 8,060 TEUs to 6,184 TEUs, or 24%.

Some operators have added trans-Pacific capacity by buying ships in the secondhand market or leasing them in the charter market. Most of the ships available for purchase or charter in 2021 have been in smaller size categories.

Liner companies’ switching of capacity from other trades is also pulling down average size, because the trades being cannibalized use lower-capacity ships. “The reason you have smaller vessels coming in is that they’re taking them from the Middle East and Africa trades,” said Sundboell.

How does this end?

Ship operators can put as many ships as they want into the trans-Pacific to chase record spot rates, leaving other trades short. But ultimately, the imbalance will self-correct.

“It becomes something that balances itself out,” explained Sundboell, noting that if ships are removed from other trades, rates in those trades would rise to the point where it would entice ships back.

“At a certain point, the rates of the trades you’re leaving increase too much or the cost of having the ships sitting at anchor becomes too much [in terms of lost future cargo],” said Sundboell.

In Q1, when anchorages filled off Los Angeles/Long Beach, carriers were unable to get enough ships back to Asia in time to load cargo, so they had to “blank” (cancel) a large number of sailings, which reduced congestion in Q2.

Given the extreme anchorage situations both off China and Southern California, a repeat of the blank-sailing scenario seems likely in Q4 – a worrisome prospect for importers.

But even companies like eeSea that track blank sailings cannot definitely say what will happen in Q4.

In the first half of 2020, when carriers were blanking sailings due to lockdown-induced demand drops, they announced voyage cancellations months in advance, providing an important signal to the market. This year, there is far less notice, because blank sailings are being caused by congestion, not lower forward demand.

According to Sundboell, “For November, there are eight blank sailings [on Asia-West Coast] and three in December, but that is just because the carriers have not communicated them yet. We only put a blank sailing into our system when it is confirmed by the carrier.”

Pre-COVID, he said, carriers believed they were tied down by long notice periods for service changes. “But corona gave them a platform to take out capacity with short notice,” said Sundboell. “Now they’re trying to get more capacity in, but they’ve definitely taken the liberty of being both more volatile with their capacity and with the ‘forecasting’ of their service.

“And I think that’s what’s causing the frustration among the BCOs [beneficial cargo owners; the shippers]. A BCO hates having to be forced to get used to the fact that the vessel is always 10 days late – or that they won’t even know when it’s coming. I don’t think that’s what the carriers are aiming to do, but they’ve certainly found wiggle room to change services on short notice that they’ve never had before.”