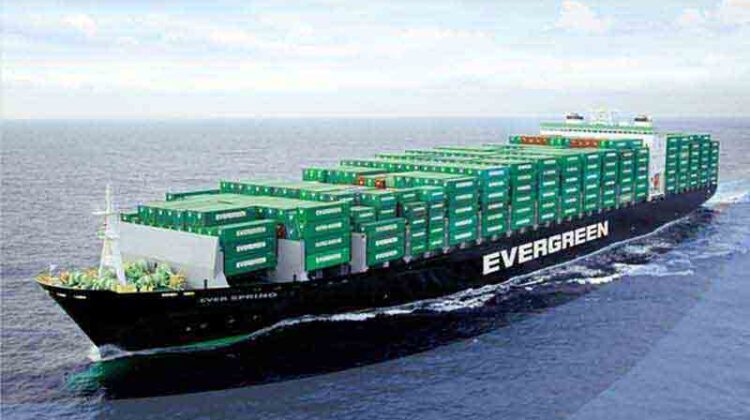 Strong winds and rough seas caused dozens of containers on a Taiwan-based Evergreen Marine Corp. vessel to fall into the ocean off Japan’s Kyushu on Wednesday after the ship departed from Busan for Los Angeles, the shipping company said Saturday.

In a statement, Evergreen Marine, the largest shipper in Taiwan, said the incident happened when the “Ever Liberal” encountered strong winds about 20 nautical miles off Kyushu with 36 40-foot containers into the water.

The 8,452 twenty-equivalent unit (TEU) container ship, has been diverted to the Port of Taipei to take stock of the damaged cargo before resuming its journey to Los Angeles, the company said.

Everything possible is being done to retrieve the lost containers, the shipping company added.

TEU is the measurement used to describe the capacity of a container ship.

The containers contain no hazardous items, according to Evergreen Marine, adding that no personnel were injured in the incident.

The captain of the Ever Liberal informed the Japanese Coast Guard of the incident, urging the Japanese authorities to alert vessels in the area of possible floating containers, Evergreen Marine said.