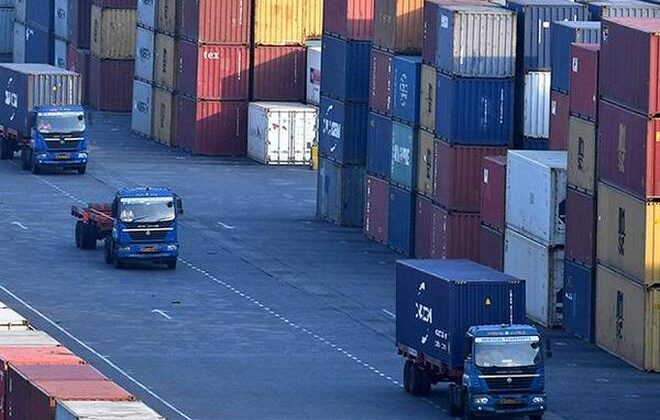 The curbs placed on industrial use of oxygen by the Centre to augment availability of medical grade oxygen for hospitals to save lives of critically ill COVID-19 patients, is impacting exporters by exacerbating a shortage of containers.

Thousands of damaged containers, which arrived with import consignments on shipping lines, have not been repaired due to lack of oxygen and are hence not available for exporters, said industry executives.

‘Damage unavoidable’
With containers being handled by heavy cranes and transported over long distances by trains and trucks, some containers get damaged and typically undergo repairs before being returned to the system.

The percentage of damaged containers may be in the range of 1-5% of the total containerised trade, but this volume is significant enough to impede foreign trade when the economy is at a critical juncture, already facing shortages of containers, said freight forwarders and executives from the maritime trade.

Since mid-January, the situation in container movement was easing, following government intervention. But the second wave of the pandemic and shortage of industrial oxygen supply has aggravated the issue of container shortage,” said Sanjay Bhatia, co-founder & CEO, Freightwalla, a digital freight-forwarding company.

“Oxygen is essential for repairs and welding of damaged containers; due to the prohibition it cannot be availed of. It has now become a big issue. There are thousands of empty containers lying unrepaired. This has further added to the crisis for exporters,” he said, adding the problem started from the third week of April.

According to industry officials, exports of commodities moving in large volume have been impacted. These include rice, sugar, stones and tiles, as well as plant and machinery. However, light-weight containerised cargo is getting loaded on ships.

Besides, the dwelling time of containers has has almost doubled to 45-50 days due to the emergence of the second wave of the pandemic globally on account of short supply of workers, officials said.

‘Imbalance began early’
The imbalance in container supply surfaced from the beginning of the pandemic due to congestion at major ports worldwide and piling of containers in key global destinations due to lockdowns and slower consumption.

In such a scenario, any shortage in the supply would naturally hit exporters hard, officials added.