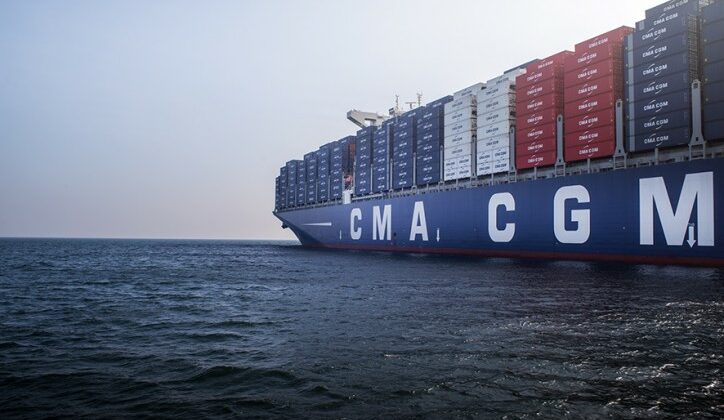 Ocean carriers are turning the heads of non-operating containership owners with “offers they can’t refuse” in their fervent buying spree.

MPCC CEO Constantin Baack told an investor webinar the sales would complete in the fourth quarter, some of the vessels “had charters attached” and that some were “being sold to the current charterer”.

He said the sale had been a “strategic decision”, the firm considering forthcoming dry-docking cycles and future tougher IMO regulations.

While the purchasers were not disclosed, S&P brokers The Loadstar has spoken to are confident that CMA CGM has taken four ships, including Stefan Sebum and AS Federica which it has on charter.

“MPCC wasn’t selling, as they were happy locking-in long-term extensions with big increases in daily hire, but CMA CGM must have made an offer they couldn’t refuse,” one said.

“The deal probably came together during the charter renegotiations, when the line realised it would be cheaper to buy the ship than sign a new long-term charter,” he added.

While MPCC intends to use the cash to deleverage its balance sheet, in what Mr Baack described as a “transition from our growth stage”, it has also been active in locking in an ebit backlog of some $700m with its revised charter deals for the remainder of its fleet.

Mr Baack told investors that, since July, MPCC had agreed 13 new or extended fixtures on three-year deals at rates “north of $35,000 a day”.

And, according to Vesselsvalue data, the charterer is Cosco Shipping, with the line this month taking the sub-panamax vessel on a three-year time charter at a rate of $39,900 a day.

Mr Baack ‘left the door open’ for further sales of the MPCC fleet, but said  in the interim the company would concentrate on its charter renegotiations with its liner customers.

He said that Q1 22 positions – when charters are due to expire – had already been covered and MPCC was now looking at Q2 and Q3 positions.

Mr Baack confirmed that, effective Q1 22, 75% of the shipowner’s quarterly net profits would be returned to shareholders in dividends.