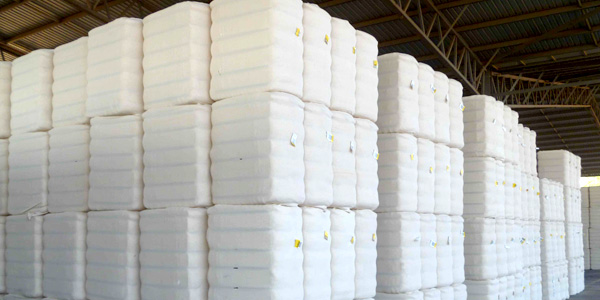 NEW DELHI : Export demand for cotton, especially from China, has hit a new high, according to reports. Cotton prices have gained over 10 per cent so far this year following the firm trend in the global cotton trade, especially from China as it has low inventory. Cotton production globally is projected to touch a four-year low and imports by China are estimated higher. The Centre’s decision to impose a ten per cent duty on imported cotton is seen as supporting the domestic price. The cotton stock in MCX-accredited warehouse touched a new high of 2,16,600 bales as of March 5 against the previous high of 2,14,700 bales logged on March 30, 2019. The most active March contract on MCX gained by Rs 80 to Rs 22,230 a bale while the April and May contracts traded firm at Rs 22,560 and Rs 22,860, as per a report.