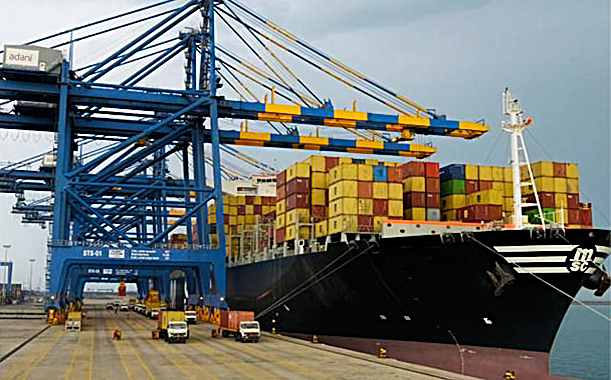 AHMEDABAD : State-run Central Warehousing Corporation (CWC) has moved the Supreme Court alleging that Adani Ports Special Economic Zone (APSEZ) has misrepresented the authorities so as to take away its 34 acre allegedly adjacent to latter’s Mundra Port in Gujarat.

In it appeal, CWC, which is operating a warehouse comprising of two godowns with a total capacity of 66,000 MTs at the 34-acre plot, has chllenged the unlawful inclusion of its land in the SEZ area. It has challenged the Gujarat HC Division Bench’s order that asked to CWC to obtain approval or a waiver as a SEZ compliant unit from the competent authority in respect of its warehouse facility situated in 34 acre in question within SEZ Area developed by APSEZL.

In case, CWC failed to get such approval within three months, the APSEZ was directed to acquire the land of the same size outside SEZ area for the construction of a warehouse facility within one year. The HC had also asked CWC to vacate and give possession of its existing warehousing facility and the land within three months after a new alternative arrangement was made by the APSEZ.

A Bench led by Justice BR Gavai while seeking response from the ministry of consumer affairs, food and public distribution, APSEZ and others asked the parties to amicably settle the issue. Earlier attempts to amicably settle the row had failed as CWC had raised apprehensions that the alternative plot offered by APSEZ outside the SEZ was around 25 kms from its present godown was unsuitable and would cause considerable loss to its business. “Any loss from shifting to such alternative location would ultimately be borne by the public exchequer,” it said.

Alleging that the HC has imposed “completely unreasonable and unconscionable conditions” which are bound to cause considerable loss to the public exchequer, CWC said that has been left at the mercy of APSEZ and the option to apply to the Development Commissioner, APSEZ, is also likely to result only in a paper exercise since the department of commerce had already taken the view that there is no permissibility of denotification/partial notification of any area from the APSEZ.

“In an entirely impermissible manner, the HC has foisted unreasonable conditions on CWC, effectively compelling CWC to shift out of the SEZ area, for no fault of its own and only on account of the mis-representation and unlawful application filed by APSEZ in contravention of the SEZ Rules, 2006,” the petition stated.

“Even in other cases, similar notifications for exclusion/deletion of parcels of land from the notified SEZ area have been issued by the department of commerce. For instance, it had in October 2013, at the instance of RIL, de-notified an area of 708.13 hectares from its notified SEZ of RIL at Jamnagar in Gujarat, the petition stated.

CWC, which has been providing its warehouse for storage of food grains of Food Corporation of India and notified commodities such as cotton bales purchased by Cotton Corporation of India at MSP, etc, said that the land was leased to it in June 2004 by Gujarat Adani Ports and it had spent huge money to develop the land and its adjoining areas.