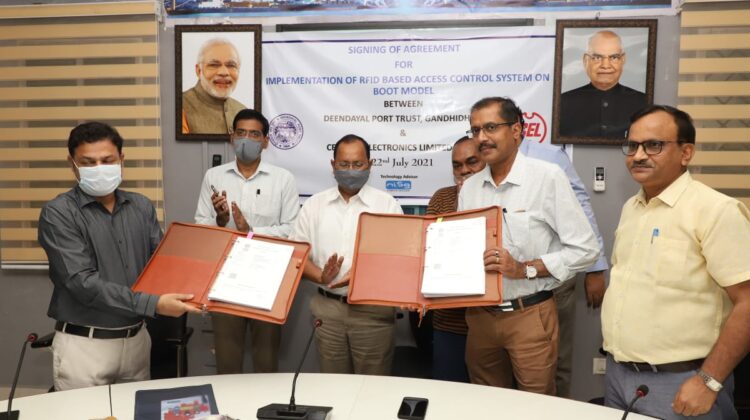 Central Electronics Limited is a Govt. of India Enterprise under the Department of Scientific and Industrial Research (DSIR), Ministry of Science & Technology. It was established in 1974, with an objective to commercially exploit indigenous technologies developed by National Laboratories and R&D Institutions in the country. CEL has developed a number of products for the first time in the country through its own R&D efforts and in close association with the premier National & International Laboratories including Defence Laboratories. In recognition of all these efforts, CEL has been awarded a number of times with prestigious awards including “National Award for R&D by DSIR”,

First Gate automation is likely to be completed within three months and all automated Gates will Go-Live by December, 2021, DPTS RFID based access control system will enhance security, remove bottlenecks for seamless movement of traffic across port gates, ensure tracking & tracing of man, material, vehicle, equipment & other assets, and collection of revenue as per the notified rates. The RFID project will enable Geo-fencing of Port Infrastructure and Automate & speed up movement & activity within ports. Generate visibility of activities within and around port area. Control and limit access to authorized time & zones. Track every movement of man, material & vehicle across the port. Trace each movement and alert on anonymous pattern of activity. Record all movements of individuals, vehicle to create verifiable historical audit trial.