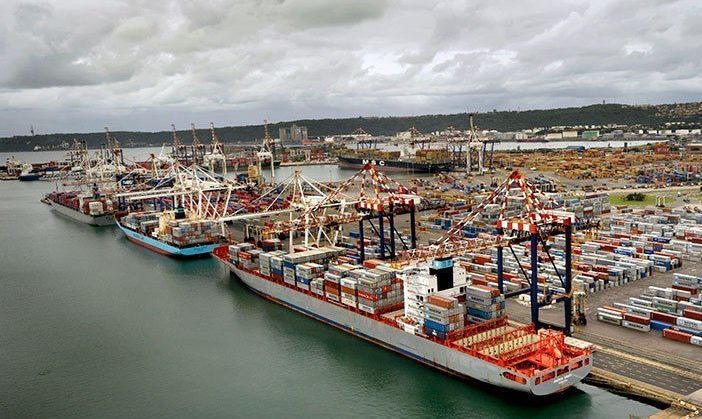 DURBAN : Operations at South Africa’s major ports, Durban and Richards Bay, and a freight rail line connecting Durban with the Gauteng province have been severely disrupted after days of violent protests in response to the government’s recent arrest of former president Jacob Zuma.

The South African logistics group Transnet said in a statement that force majeure had been declared on the NATCOR rail line.

The violence erupted last week in KwaZulu-Natal province, where Durban is located, and rapidly escalated into widespread looting and destruction in several other provinces. The South African government said it had arrested over 1,200 suspects in connection with public violence and looting.

The country’s largest crude oil refinery, Sapref, with 35% of refining capacity, has also declared force majeure and announced a temporary closure due to the ongoing violence and looting. It is a joint venture between Shell and BP.

Transnet said it was deploying resources to avert commercial fuel operations being affected, after being served with a force majeure notice by Sapref.

Durban is one of Africa’s busiest container ports, behind Tangiers in Morocco and Port Said in Egypt, and an import hub for crude oil and petroleum products. Richards Bay houses a major coal export terminal. Two weeks ago, mining giant Rio Tinto ceased operations at Richards Bay Minerals (RBM) in South Africa due to an escalation in security issues.

According to Transnet, the entire supply chain is closed, including roads in and out of the Durban and Richards Bay ports. It also stated that the South African National Defence Force (SANDF) has been deployed to certain parts of the Durban port and confirmed that a video showing containers being vandalised is not at any of its ports, or any of Transnet’s facilities.