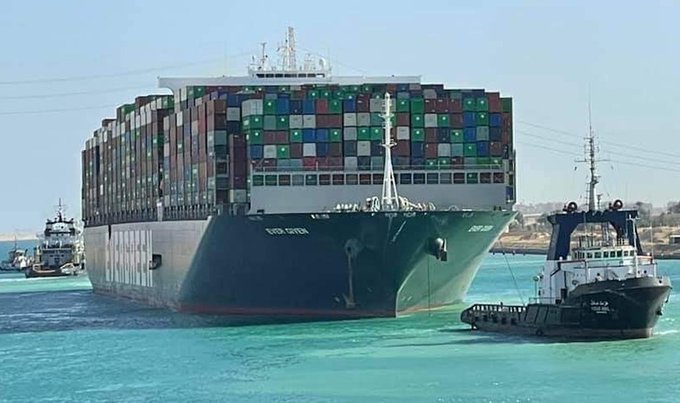 EGYPT : A court hearing was postponed on Saturday as the two sides in the ongoing Ever Given saga in Egypt edge closer to resolving their differences on the scale of compensation to get the giant ship released.

The 20,388 teu vessel has been under arrest in Egypt for the last two months as the Suez Canal Authority and owner Shoei Kisen battle out compensation claims.

The canal authority’s lead investigator once again over the weekend laid the blame for the ship becoming lodged across the waterway at the foot of the ship’s captain.

According to Saeed Shisha, chief investigator at the Suez Canal Authority, the ship turned left and right before stopping on the banks of the canal. “The captain issued eight orders within 12 minutes in an attempt to bring the ship back in line,” he claimed. The authority has also insisted the ship was travelling too fast.

Shoei Kisen has said the SCA was to blame for the accident which brought shipping into glare of the mainstream media for six days in March, suggesting the canal administrators should have deployed tugs to assist the vessel during its transit, which took place in stormy conditions with gusting winds

Having initially sought as much as $916m, the SCA has since moderated this figure to $550m, saying it would accept a $200m first deposit to get the ship moving again.

A new court date has been set with the two sides meeting on June 20.