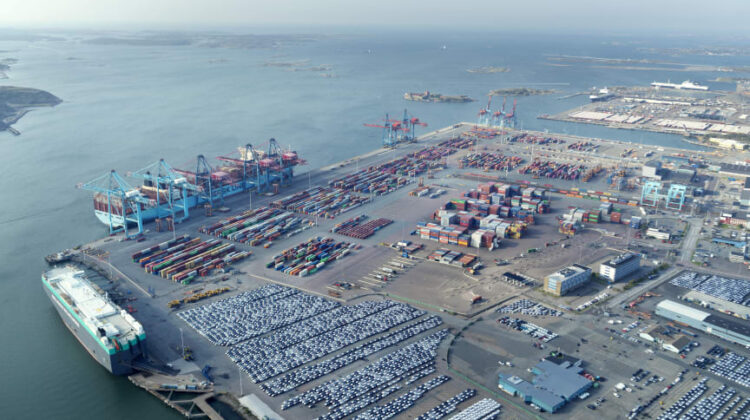 GOTHENBURG : Freight volumes are continuing to rise at the Port of Gothenburg in the majority of segments, despite the impact Covid-19 is having on global logistics. This can be seen from the volume report for Q1 2021.

In March 2020, the full force of the Covid-19 pandemic struck Sweden and many parts of the world. However, it failed to have a bearing on Q1 freight volumes at the Port of Gothenburg.

During the first quarter of this year, global trade has been hit hard by the pandemic with a shortage of empty containers, continued closures, and the spread of the virus being the major aggravating factors. In spite of this, flows through the Port of Gothenburg in the container, ro-ro, and new vehicle segments have increased.

“The situation now is considerably more problematic than it was a year ago. Still, volumes at the Port of Gothenburg are on the rise, reflecting how adaptable and solution-oriented the logistics sector is in the face of adversity. Everyone is working extremely hard at every level to meet the challenges that have emerged, and in Gothenburg and Sweden we can see that by working together we have been extremely successful,” said Elvir Dzanic, Gothenburg Port Authority chief executive.

Major increases in ro-ro and new vehicles
The biggest increases during the first quarter are at the port’s ro-ro and vehicle terminals. With 141,000 units handled, intra-European ro-ro flows to and from Gothenburg are up three per cent compared with the same period in 2020. This is despite the post-Brexit downturn, which has seen volumes to and from the United Kingdom fall by 11 per cent during the period.

The number of new vehicles passing through the Port of Gothenburg was 73,000, an increase of nine per cent on the first quarter of 2020. At the end of 2020, there was a resurgence following a substantial fallback in April and May, and this trend continued into the first quarter of this year. The increase can be attributed mainly to vehicles exported to the European market.

Continued increase in containerised freight
After a tentative start to the year, container handling picked up in March, which proved to be the strongest month at the port in terms of container volumes since February 2013. Overall, the increase for the quarter was one per cent compared with Q1 2020, which was itself an unusually strong quarter. The increase occurred despite the difficulties resulting from the pandemic and the ensuing shortage of empty containers.

Fewer passengers, lower energy volumes
In the passenger segment, which includes calls by cruise ships and ferry services, travel and distancing restrictions left their mark throughout most of last year. A comparison with the first quarter of 2020, when the restrictions did not come into effect until March, has revealed a 71 per cent drop in the number of passengers.

The fall in energy products can also be attributed to the impact of the situation globally, where demand has fallen during the pandemic. In total, volumes at the port are down 12 per cent on last year. The figures were lowest in January followed by a slight upturn during the quarter.
Source: Hellenic Shipping News Worldwide