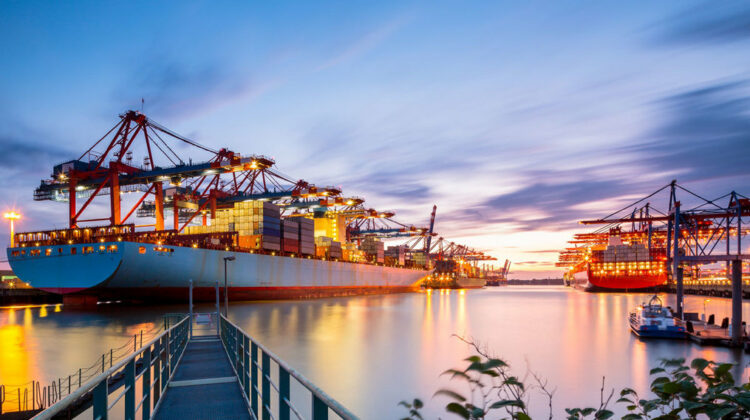 NEW DELHI : An efficient supply chain forms the bedrock of any industrialised economy. The importance of supply chain has been demonstrated in both India and China — the two growth engines of Asia. The two neighbouring economies are often compared on various aspects. However, it would be an unfair comparison if a host of factors aren’t considered

While India got its independence in 1947, the Communist Party seized power in China in 1949. The path the two nations chose for themselves around the same time yielded a distinct set of cost-benefits to both. Experts say it was easier for China to introduce, execute and popularise key industrial policies. Industries were encouraged to ship overseas most of their production. Thanks to this approach, which still catalyses the growth of China’s industries, the country has earned the reputation of being the “world’s factory”.At the heart of China’s growth is a port-led logistics network — a strategy that aims at achieving economic growth by focusing mainly on exports and imports via ports. This game plan has made China’s products cost-effective vis-à-vis competitors.The East Asian giant boasts of a significantly superior infrastructure. It also enjoys a decent ranking of 26 on the World Bank’s most recent ranking Logistics Performance Index. India ranks 44th. Seven of the world’s 20 largest ports are in China, says PwC report Transportation & Logistics 2030. In 2020, the world’s second-largest economy added 22 new cities to a list of 23 logistics hubs announced in 2019. Its National Development and Reform Commission reportedly plans to identify 150 logistics hubs in five years, states a report by US real estate giant CBRE. According to Alibaba, while the number of logistics orders on Double 11 — an e-commerce shopping festival — in 2020 was over 33 times that of 2012, the time required to deliver these logistics orders in 2020 was just one-fifth of that in 2012, states the CBRE report.

India, while formulating its important industrial policies, did not adopt such a strategic approach. Recent trends from India’s logistics landscape show that things are moving in such a direction now. But if you have to ship goods from Meerut to Madrid, freight challenges are substantial. “We are competitive with China when it comes to cost of manufacturing, but when you throw supply chain issues in the mix, it is a huge problem. We are based in Meerut and 1500 km away from a port, which means we are automatically 10% more expensive when the goods reach the port,” Pranav Kohli, Vice-President, Stag International said at the recent ETRise Top MSMEs Conversations. 85230411 India should, therefore, take a leaf out of China’s playbook in order to straighten out the many things that would give the country a strong supply chain backbone.Eliminating bottlenecks, improving intermodal connectivity and ensuring timely implementation of projects is what China did, says Ravi Jakhar, Chief Strategy Officer of Allcargo Logistics.

Massive investments in logistics infrastructure drove growth, he says. “We are getting there with the National Logistics Policy (NLP), the dedicated freight corridors and by focussing on digitisation of the supply chain,” he says.The NLP essentially aims to replicate the success of countries such as South Korea and Germany in streamlining the country’s logistics sector. Pawan Agarwal, former special secretary at the commerce ministry’s logistics division, told ET Digital in June the much-awaited framework would be launched soon. The logistics department had not responded to ET Digital’s latest queries at the time of publication of the story.Experts say the NLP will hopefully iron out the inefficiencies in India’s logistics industry. Chiefly, it should make computerisation the norm.What’s Ailing the Nation’s Lifeline Logistics is not just about moving goods from one place to another. A typical logistics value chain includes activities such as procurement, transportation, container management, packaging, and warehousing. Unlike the Chinese players, Indian logistics service providers have not taken to automation in a big way to make this process smooth. This limits their performance, experts point out.A significant number of carriers still bank on traditional strategies, says Soham Chokshi, founder and CEO of logistics platform Shipsy. These are manually driven and cause downtime in the processes, leading to a decline in service and an increase in investment in repetitive tasks. It also creates systems prone to financial malpractices.Most of these issues exist because the country’s logistics domain is largely informal. Sushil Rathi, Chief Operating Officer, Mahindra Logistics Ltd, says the industry is also too fragmented. “Over 90% of our truck owners have a small fleet. The same is the case with warehousing. If we have to be a world-class logistics player, we need to find economies of scale by leveraging larger fleets and operating multi-user, large-format warehouses. Another key factor would be automation of warehousing operations to reduce processing cost,” says Rathi. Small Operators, Big Problems For most small fleet owners (SFOs), who represent a significant chunk of the logistics ecosystem, capital expenditure and operating expenditure are issues that throttle growth. Rathi says SFOs often don’t even have the personnel to secure business on their own. They do it through transport brokers. The unorganised industry and the inherent uncertainties in the logistics ecosystem make the risk burden too heavy for most small players. Larger companies might be better placed to deal with delays and disruptions in the chain, but smaller players cannot sustain a long-term loss. In some cases, they can’t even stay afloat, says Rathi. 85230473India’s supply chain and logistics costs account for 14% of the country’s GDP, compared with the global average of 8%, according to a report by Arthur D. Little India and the Confederation of Indian Industry. This high cost is largely due to the heavy reliance on highways to move cargo.Three-fifths of transportation in the country happens through roads, says Harsh Vaidya, founder and CEO of logistics startup WareIQ. This significantly increases operation costs and creates a capacity crunch.

The logistics sector’s fate is closely tied to that of the infrastructure sector. In India, this relationship causes more pain for logistics. Standard & Poor estimated the loss due to poor infrastructure at 4-5% of GDP. Transportation infrastructure has overwhelming capacity constraints, it added.The key inefficiencies Indian players need to overcome are centred around infrastructure and technology, says Vivek Juneja, founder and Managing Director of warehousing & logistics company Varuna Group. Most logistics service providers are apprehensive about investing to ramp up infrastructure because of a lack of long-term business commitment from customers. The right investment push will remove a major hurdle, he adds.Underutilised Tech Link Globally, supply chains are adopting Industry 4.0 trends, such as agile networks and disruptive technologies. Two more trends that are catching up fast are Just-In-Time inventory management and “Amazonization”, which refers to e-commerce giant Amazon’s way of disrupting sectors. Both these systems can exist only if there is a strong warehouse and logistics network to ensure raw materials can reach a factory quickly and on time. Along with this, acceleration in technology adoption is also mandatory, experts argue. Building a tech backbone on a strong logistics network will go a long way in spurring industrialisation. “The lack of technology adoption in India has proven detrimental to the industry,” says Rathi. “Digital fitness will be a prerequisite for success.” 85230490WareIQ’s Vaidya points out that players such as Alibaba & JD.com are the gold standard in e-commerce fulfilment as 90% of their orders reach customers in 24 hours, and 57% within 12 hours. What lies at the heart of it is a fairly sophisticated fulfilment network that acts as a circulatory system of e-commerce in China, he points out. On top of this fulfilment network is a powerful intelligence layer that allows them to predict the right inventory in the right location. This allows them to offer faster shipping at fairly controlled price points, says Vaidya .Indian players have made significant headway on this front, but it is not adequate. Need of the Hour A seamless supply chain has played a key role in advancing China’s port-led economic growth. India’s logistics landscape hasn’t been able to replicate China’s template despite having a coastline of around 7,516 km with 12 major ports. The industrial hotspots in China, even if landlocked, are known for their seamless forward and backward linkages with export-oriented manufacturing units in the smaller towns. This ensures goods efficiently reach the ports and airports. It also reduces freight and logistics costs. India still lags here.China, which has 34 major ports, took advantage of its 14,000-km shoreline, most of which is accessible round the year, says Shipsy’s Chokshi. The Liner Shipping Connectivity Index, which scores ports based on integration with global shipping networks, hails Chinese ports as the most connected in the world, adds Chokshi .Indian port authorities need to invest in platforms that drive system interoperability across disparate logistics segments, say industry observers. This will allow supply chain stakeholders to get a holistic view of all the moving parts in a port ecosystem and immediately address inefficiencies. Digital control towers should be set up so that executives can get greater visibility of ground-level port operations by accessing dashboards that pull data from a central repository, says Chokshi.

Increased use of such tech can also lead to a significant reduction in another menace: cargo theft. India accounted for 64% of Asia’s cargo theft in 2019, states The BSI & TT Club Cargo Threat Report 2020. China’s share was just 16%. 85230524Transformative RoleIndia can take solace from the fact that lately, logistic startups have spearheaded the transformation of the sector. This is one segment where India is ahead of China. There are 437 logistics tech startups in China; India has 1,775 such firms, says research firm Tracxn. Players like Delhivery, BlackBuck, Rivigo are known to have transformed the supply chain landscape here. The country needs more such players and rapid mainstreaming of such tech-enabled models, say stakeholders.However, India cannot match the financial muscle seen in China. Citing Tracxn data, Rohit Bhayana, co-founder of Supply Chain Labs, says China’s supply chain technology spending for the last three years is $11.34 billion, against $2.5 billion in India. Of course, China’s GDP is also 5x that of India’s. So, while the digital spend is in line with China’s, the physical supply chain isn’t, says Bhayana. “Till India catches up, it will continue to throw an eclectic mix of challenges to budding supply chain startups. If they can conquer these today, they can thrive globally as well,” says Bhayana.The country’s logistics sector faces stiff challenges, but overcoming these will lead to lucrative opportunities. While the government can do some hand-holding, the sector would have to learn and evolve on its own by looking at global examples.