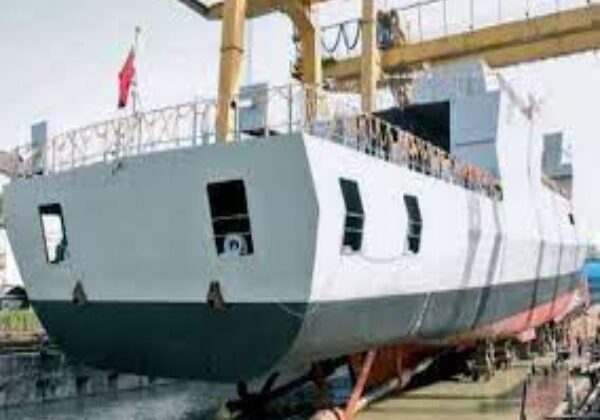 KOLKATA : Garden Reach Shipbuilders & Engineers Limited (GRSE), one of the leading warship builders in the country have announced its financial results for the fourth quarter and full year ended March 31st, 2021.

Commenting on the results, Rear Admiral (Retd) V.K. Saxena Chairman and Managing Director, Garden Reach Shipbuilders & Engineers Limited said, “Revenue from operation in FY 21 have seen reduction due to the Lockdown period (81 days) that resulted in practically no work in 1 st Qtr. of FY 21. However, Revenue from operation per day being Rs.4.02 Crs (for the available No. of days) in FY 21 has improved as compared to FY 20 having Revenue from Operation of Rs. 3.92 Crs per day.
The management is quite optimistic for improvement in performance of FY 21-22 considering healthy order book position , augmentation of infrastructure and increase in operational efficiency through various innovative measures implemented in the shipyard.”
About Garden Reach Shipbuilders & Engineers Ltd. (www.grse.in)
Garden Reach Shipbuilders & Engineers Ltd, under the administrative control of the MoD, GoI, primarily catering to the shipbuilding requirements of the Indian Navy and the Indian Coast Guard. GRSE derives a significant majority of its revenue from its shipbuilding division, In addition to their warship building capabilities the company is also engaged in engineering and engine production activities. The engineering division manufactures deck machinery items, pre-fabricated portable steel bridges and marine pumps.
The Company has established capabilities for in-house design and shipbuilding and has made considerable contributions to the indigenous warship construction program of India. Over the years, Company has responded to the varied shipbuilding requirements of the Indian Defence Services and have evolved from building simpler vessels to building bigger and technically advanced warships