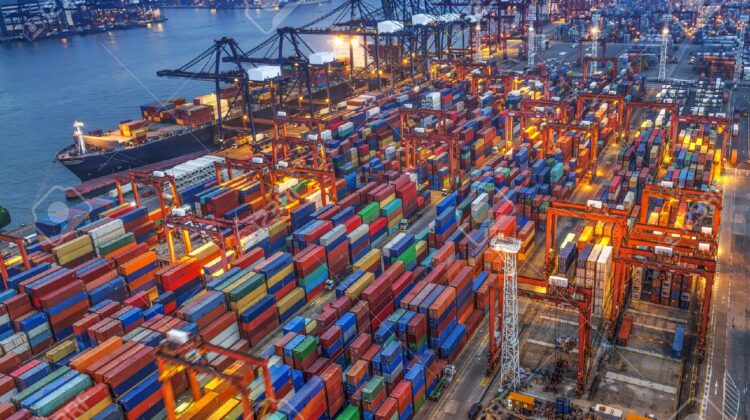 Global company executives are optimistic about trade recovering from the Covid-19 pandemic faster than the rebound from the 2008 financial crisis, according to a new survey.

About 70 per cent of respondents to a study, commissioned by DP World and conducted by the Economist Intelligence Unit, predict trade will recover to pre-pandemic levels more quickly than the revival following the global financial crisis that took 26 months.

Nearly a third thought the recovery would be twice as fast, with trade returning to pre-pandemic levels within a year, according to the research released on Tuesday.

“The effects of the pandemic have accelerated the transformation of the supply chains and prompted rapid adaptation to ensure resiliency in international trade,” Sultan bin Sulayem, DP World’s chairman, said. “The global business community has risen to the challenge, and taken strong and decisive action to make supply chains more robust and agile – the benefits of which will be reaped in future years.”

The Covid-19 global health crisis resulted in lockdowns in most of the world’s major economies, paralysed international travel, hit manufacturing bases and disrupted supply chains – plunging the global economy into a deep recession.

The volume of international trade for the first three quarters of 2020 is down 8.2 per cent compared with the same period last year, according to the latest data from the World Trade Organisation. This drop is smaller than the projected decline of 9.2 per cent for the whole of 2020 in the WTO’s most recent trade forecast, but growth for the whole year largely depends on whether the recent resurgence of Covid‑19 takes a toll on trade in the fourth quarter, it said.

The WTO forecasts trade volumes will rebound to 7.2 per cent in 2021 but remain well below pre-crisis levels.

In terms of sectors, consumer goods firms were the most optimistic about a quick recovery, with 36 per cent of them indicating it would take less than a year.

Healthcare and pharmaceuticals executives were the most pessimistic, predicting a recovery would take more than five years.

With the exception of construction, energy and natural resources, executives in other sectors – industrials, logistics, transport and travel and general services – are more hopeful, the survey showed.

“Most cheering for trade perhaps is that starting this week there will be a new administration in the US and while it is likely to bring more of a change in tactics than overall trade strategy, especially regarding China, the world should benefit from a more deliberate, transparent and predictable policymaking process in Washington,” the report said.

The UK and EU finally agreeing on a Brexit deal will also help global companies to begin to making informed decisions about trade and investment.

But the report highlighted significant risks to trade.

“The residual effects of import tariffs and export controls imposed on essential goods during the pandemic are likely to continue to weigh on trust between countries, and tensions between the US and China will remain unresolved, particularly in the area of technology,” it said.

The survey also found that 83 per cent of executives are in the process of reconfiguring their supply chains by switching or adding new suppliers, using different logistics providers and changing production or purchasing locations.

China vows to open its door wider to world