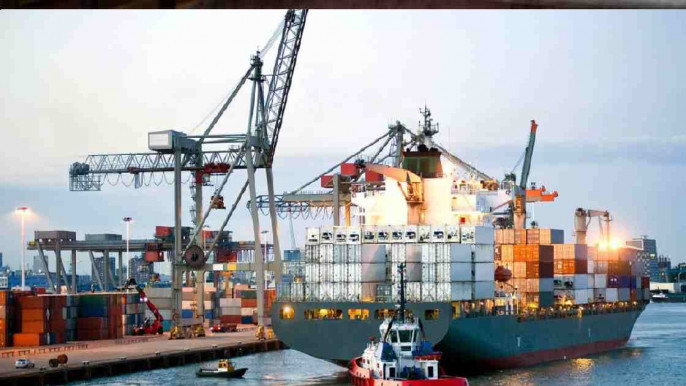 NEW DELHI : The country’s trade environment will significantly benefit by evolving from a ‘controlling trade’ approach to that of a ‘facilitating trade’

Bangladesh has made remarkable economic progress over the past few decades, with consistent growth averaging 6% a year since 2000. Continued rise in per capita income, exceptional achievements in human development and robust macroeconomic management leading to low economic vulnerability, has helped secure Bangladesh’s lower middle-income status in 2015, and UN Committee for Development Policy (CDP)’s recommendation in February 2021 to graduate into ‘developing country’ status in 2026.

Building on these impressive records, Bangladesh has laid out its grand vision to become a ‘High-Income Country’ by 2041, while being firmly committed to the attainment of Sustainable Development Goals (SDGs) by 2030.  Even though Bangladesh has taken significant steps towards reaching some SDG milestones of 2020 ahead of time and on track for others, there exist many challenges still. With COVID-led disruptions in livelihood and employment, and around 2 million young people entering the job market every year, a key challenge facing Bangladesh is to create more and better jobs that will sustain growth and reduce poverty.

Bangladesh’s stellar growth so far has benefited significantly from its deepening trade integration, which has primarily been export-led, with export growth averaging 11.4% since 1991. However, Bangladesh continues to be highly reliant on readymade garment (RMG) products which account for 82% of the export basket. Even within the sector, there exists serious over-concentration on a few types of low-value added products. Bangladesh’s export destinations have continued to remain the same for many years, and the country is yet to tap into other large and emerging markets in the world, particularly in the East. This is in contrast to some of Bangladesh’s key competitors like Indonesia and Vietnam.

Attaining ‘higher income’ status in line with Bangladesh’s Vision 2041 will require significant increase in private investment and Foreign Direct Investment (FDI) in productive and higher-value-added sectors and their backward linkages, overall improvement of human capital and trade competitiveness, diversification of the export basket and markets, and successful integration with the global value chain (GVC).

Trade is recognised as an engine for inclusive economic growth and poverty reduction in the 2030 Agenda for sustainable development. The imperative to create more and better jobs and its comparatively small domestic market relative to the global market means that Bangladesh would have to leverage the international market even more extensively than it has done so far. For the US$330 billion Bangladesh economy, exports are and will continue to be key drivers of GDP growth and jobs. With a US$75 trillion global export market, Bangladesh has much to gain by breaking into new markets with new products to fulfill its vision of export-led growth and greater employment opportunities.

The World Economic Forum (WEF) in its annual exercise of benchmarking global competitiveness ranked Bangladesh 105th out of 141 countries in its 2018-19 edition. Competitiveness in the international market is measured by the level of productivity and innovation of firms, technical capability of the workers, border procedures and supporting infrastructure, among other things.

Firms in Bangladesh have rooms to improve their productivity and innovation initiatives to increase production of high-value and complex products. Global customers are increasingly aware of their carbon footprint and they prefer high-quality, durable products. Sustainable production and circular design will be key to go forward. Process innovation at different stages of the value chain and reduction of lead time is also crucial to remain competitive. As such, the changing dynamics and structural shift in demand of advanced economies stand as a major challenge to Bangladesh’s future export sustainability in global markets.

Bangladesh’s vision of becoming a high-income country by 2041 will require the support of a stronger trade logistics system. With Bangladesh set to graduate out of the LDC countries list in 2026, the country’s trade environment will significantly benefit by evolving from a ‘controlling trade’ approach to that of a ‘facilitating trade’. This requires strong awareness, partnership and coordination among government agencies and stakeholders which form the trade ecosystem, and a strong political will.  Establishment of a National Single Window (NSW) for bringing in government agencies under one platform to digitise and streamline trade permit approval processes, introducing a port community system for integrated, and faster port services, and going one step further to integrate other business to business transactions and documentations, can help significantly reduce border clearance and processing times

Continued improvements in trade infrastructure and greater efficiency in the trade logistics system in Bangladesh can help reduce the cost and time of doing business. Efficiency in documentary and border compliance as well as an improved domestic transport infrastructure will allow Bangladesh to maximise its trade potential.

Looking across the Andaman Sea, the Singapore story provides further evidence on the role of infrastructure in development and helps derive lessons for other emerging economies. Having gained independence and started their journey as a low-income country in 1965, Singapore has now become one of the world’s wealthiest nations on a per capita basis.

The growth is the result of its emergence as the highest performing logistics hub in the region. Singapore built one of the densest maritime transport networks with trade value amounting to 3.5 times its GDP. Home to the world’s largest transshipment container port which is linked to over 600 ports worldwide, Singapore’s reliable connection and efficient management encourages large companies across the logistics chain to operate from Singapore- which further motivates local companies to level-up and emulate international standards. Alongside world class infrastructure, Singapore’s logistics sector has also been the pioneer in facilitative processes, as evidenced by them being the first to launch the NSW in 1989.

New, Modern Ports Will Be Key

According to a UNESCAP study, improved infrastructure is estimated to have a potential impact of USD 35.5 billion for Bangladesh by 2030. With strong political commitment and continued reforms to improve the business environment Bangladesh has the potential to move up the complexity ladder and diversify its basket of goods, attracting high-value FDI into the right sectors from technologically rich countries.

In this respect, Bangladesh is already moving fast through the development of around 100 economic zones in multiple commercial hubs around the country. However, it is recommended that a few of the Special Economic Zones (SEZs), particularly in the port regions, be operationalized quickly and be made forward looking and SDG compliant, as a signal of intent to potential investors.

It is of grave importance that the capacity of trade gateways be augmented simultaneously. Loading/unloading of containers and their management play a vital role in the overall trade connectivity of a country. Improvement in Bangladesh’s current port system will provide trade support to the country aspiring to become a high-income one. Faster ship turnaround time and cargo clearance from container yards at gateway ports will reduce logistic costs and increase trade competitiveness.

For the successful attainment of Vision 2041, Bangladesh will have to send a strong statement of intent by upgrading its ports with better and more modern facilities, the best technologies available to achieve extremely competitive turnaround and clearance time. With the Matarbari project coming to a successful closure soon, handling of bulk cargos will get a boost, but the absence of modern container facilities will continue to stifle export growth. This will also add transaction and other costs to the country’s imports, which are also critical raw materials for exports.

This makes it imperative that Bangladesh move forward quickly with the plans to bring in new container handling facilities such as the Patenga and Bay Terminal projects, as well as logistics connectivity around these potential new developments. Partnerships with trusted private entities that have world class expertise and technological prowess is key to boosting trade competitiveness in the short run and improving the productivity of the workers and its sustainability in the long run.