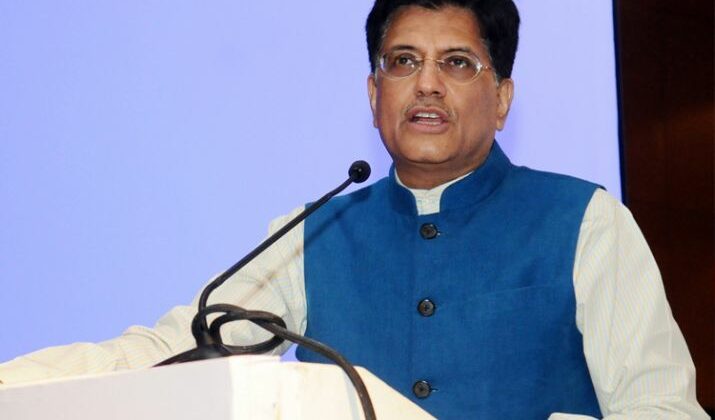 NEW DELHI : Minister of Commerce and Industry Piyush Goyal said on November 8 that the Centre is aiming to bring down logistics costs by five percent over the next five years with the help of inputs given by the Logistics Ease Across Different States (LEADS) Report 2021.

The Ministry of Commerce and Industry (MoCI) had launched the LEADS study in 2018 mainly to rank States and UTs on the efficiency of their logistics ecosystem.

The study also delves into logistics-related challenges faced by stakeholders, and includes recommendations to remove bottlenecks.

The LEADS 2021 exercise was conducted from May to August 2021, receiving 3,771 responses from 1,405 respondents across India. Gujarat, Haryana and Punjab emerged as top performers in the LEADS 2021 index.

Speaking at a gathering in New Delhi, Piyush Goyal lauded Prime Minister Shri Narendra Modi’s consistent focus on infrastructure and said that the initiatives taken by him in Gujarat for the past 13 years had laid the foundation for the state to consistently top the chart in the LEADS report.

Piyush Goyal pointed out that efficient logistics was crucial for ease of doing business, and for empowerment of businesses and citizens. He observed that logistics contributed immensely to India’s fight against COVID-19 by taking essential supplies including transporting liquid medical oxygen across the country during the second wave of the pandemic.

Observing that logistics is an enabler of multiple visions such as Make in India and Last Mile Delivery, the minister said that to achieve ambitious targets a country needs expressways of land, air and water, and added that infrastructure, quality services and a conducive regulatory framework are the three pillars of resilient logistics.

The Commerce Minister further said: “Rather than just absolute improvement in one state, improvement of logistics across all states, will be a force multiplier for the entire logistics ecosystem.”

According to a media release issued by the Ministry of Commerce and Industry, Goyal applauded the actions taken by the Gujarat government following LEADS 2019 recommendations such as the widening of roads, implementation of faceless services in license renewals, expansion of warehousing and so on .He also congratulated Uttar Pradesh for climbing seven ranks since 2019 – the highest among all states — driven by policy initiatives, higher infra and spending on logistics.