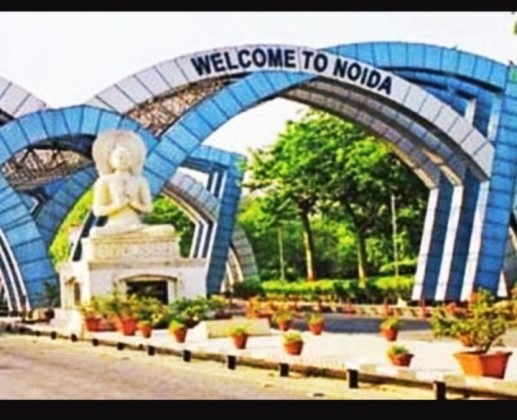 NOIDA : The region of Greater Noida Industrial Development Authority in Uttar Pradesh’s Gautam Buddha Nagar is all set to become a hub of world-class multi-modal logistics.

The Multi-Modal Logistics Hub (MMLH) and Multi-Modal Transport Hub (MMTH) is to be built in Greater Noida with an investment of Rs 7,725 crore.

This is mainly because of the connectivity of the Integrated Industrial Township to Jewar Airport.

When the airport becomes functional, the multi-modal transport hub and multi-modal logistics hub will also be connected to the Jewar airport. DMIC Integrated Industrial Township Greater Noida Limited (DMIC-IITGNL) has prepared a plan for these three projects which is ready to be implemented soon. These three projects will be connected not only to the country but to all the countries of the world through airports.

According to the government spokesman, this investment in this sector will not only give world-class recognition to Noida but will also provide employment to more than two lakh people.

Senior officials of the Industrial Development Department said that three major projects are being developed under the Delhi Mumbai Industrial Corridor (DMIC) in Greater Noida.

Prime Minister Narendra Modi recently gave a new impetus to these three projects of Greater Noida by linking them with Gati Shakti Yojana.

The first route will be connected to the GT Road with the logistic hub. For this, about 2.5 km of road will be widened on GT Road near the logistics hub. It is proposed to make six lanes from the existing two lanes.

A new authority, Integrated Industrial Township of Greater Noida Limited (IIT GNL), has been formed in Greater Noida for this project.

So far, five big companies are setting up their plants in this township. These include Haier Electronics, Formi Mobiles, Sanskriti Infotainment, Chenfeng (LED company) and J World Electronics. Many more companies are ready to come here. The DPR of the multi-modal transport and logistics hub has been sent to the government. As soon as the approval is received, its tender will also be taken out and work will be started. The target is to develop a transport and logistics hub in the next three years. This will change the look of the surrounding area.

Along with this, land of eight villages, Dadri, Junpat, Chitehra, Kathera, Palla, Pali, Bodaki and Thapa Kheda, is being taken for the proposed Multimodal Transport Hub and Multi-Modal Logistic Hub near Bodaki in Greater Noida. Both these projects will be developed on a stretch of 478 hectares.

Besides, railway terminals, local and inter-state bus stands and metro connectivity will be developed under a multi-modal transport hub.

Railway has also given a green signal on this. Most of the trains going towards the East will run from here. This will reduce the pressure of trains at Delhi, New Delhi and Anand Vihar Terminals and will eliminate the dependence of the residents of Gautam Buddha Nagar, Bulandshahr, Aligarh, Ghaziabad districts on the railway station in Delhi.

The existing Noida-Greno Metro route is to be expanded to a multi-modal transport hub. Local buses will also be run from the transport hub.