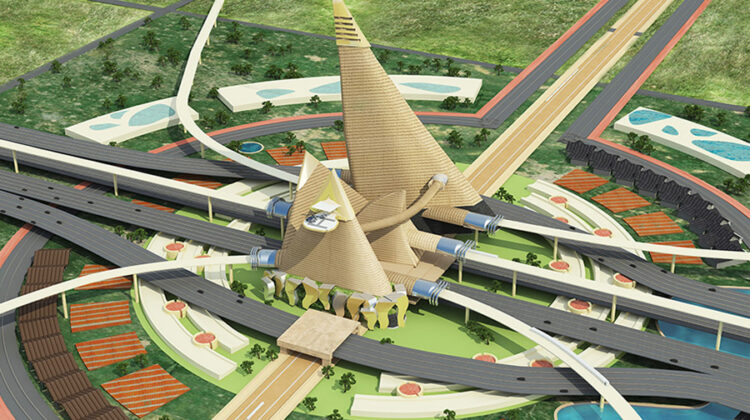 AHMEDABAD : The Delhi-Mumbai Industrial Corridor, with a length of 1,700 km and a command area of 530,318 sq km, will impact seven states, with Gujarat getting the maximum advantage thanks to its large coastline of 1,600 km and several seaports to export produce at any time.

Since ancient times, Gujarat has been at the forefront of economic excellence and development. Remember Dholavira, a sprawling urban centre in the Indus-Saraswati civilisation existing around 3000-1500 BCE, and the historic port of Lothal! The state has been the driving force behind the country’s economic development in contemporary times as well, especially in the past 20 years.

Gujarat is investing and inviting a lot of money into its already robust transportation infrastructure. The Surat-Navsari and Vadodara-Ahmedabad parts of the Ahmedabad-Mumbai bullet train project are taking shape swiftly; though this is a railway project, Gujarat has grabbed the opportunity quickly to implement it. The state has cleared the ROU timely and efficiently, the first trial of bullet train is set to begin in 2026, but based on current progress, it will be completed considerably sooner. The bullet train alone is worth Rs 11 million crore to Gujarat, and it is likely to result in the creation of more than a million jobs. In India’s growth story, the bullet train will usher in a new age.

The DMIC (Delhi-Mumbai Industrial Corridor) is a long-term industrial development project that connects the cities of Delhi and Mumbai. The idea for smarter and faster transport of iron ores from India’s landlocked states to ports was inspired by the Japanese Ambassador to India. Later, it was developed into a well-planned and constructed industrial corridor in western India, with improved access and a large number of ports. According to an agreement between India and Japan, the world’s largest infrastructure project, with an estimated expenditure of $90 billion, was inaugurated in December 2006. It is planned to be a high-tech industrial zone spanning six states. The money will be distributed over the Western Dedicated Freight Sector (WDFC), a 1,500-km-long transportation backbone for the industrial corridor.

Gujarat plans to open the first 100 km of DMIC between Surat and Vadodara by 21 March 2022; this will significantly improve transportation and reduce fuel consumption. Gujarat has taken the lead in implementing the UPA government’s ambitious DMIC initiative as well. The DMIC, envisioned as a global manufacturing and commercial hub, is expected to more than triple employment potential and industrial output, and quadruple area exports. According to the DMIC website, the project would generate three million jobs, most of which will be in manufacturing. The labour availability is approximately 50 million in the local influence zone and more than 25 million across the states that the project will pass through.

Dholera SIR in Gujarat is also part of the DMIC and a brainchild of Prime Minister Narendra Modi, who was then the Chief Minister of the state. Dholera-SIR’s World-class infrastructure is ready to host firms from all over the world. Dholera SIR is the first greenfield industrial city with a large project spanning 920 sq km and is located around 70 km from Ahmedabad, making it strategically located. It intends to construct its own ports as well as an international cargo airport. The land for the international port has already been transferred to the SPV and the work is about to commence. Dholera-SIR has 72 sq km of land ready to welcome businesses with plug-and-play facilities in the first phase called ‘activation zone’. Industries can move in at any time as all of the basic infrastructure facilities, such as ETP, WTP, STP, electricity, drainage, and stormwater approvals, are already in place. Following the COVID-19 expansion, India is in a position to offer outbound industries from China to Dholera-SIR. They will be able to start production within six months of arriving at Dholera-SIR. Tata chemicals lithium battery project is about to take off; another Solar PV manufacturer has already started the construction of its facility, and many more industries are about to land.

The DMIC, with a length of 1,700 km and a command area of 530,318 sq km, will have an impact on seven heavily populated states. Gujarat has an advantage over other recipient states because it has a large coast of 1,600 km and many seaports to export produce at any time. Gujarat is now eyeing express roads and industrial cluster projects to capitalise on this advantage; it may convert the potential to retain rural people by employing them locally. This will also open up new opportunities for rural businesses. Farmers will have improved access to ports, mandis, and buyers, making them richer in the long run. The western corridor also improves access to some of the country’s most important ports, such as Mundra, Kandla, Hazira, JNPT and Pipavav. The corridor might be a key driver in the growing export market for Indian agricultural produce, which is thought to boost immunity.

Gujarat is developing new express routes to connect its major cities, such as Surat-Vadodara-Amdavad. A 100-km SIR expressway connecting Amdavad and Dholera is already under construction, establishing these two cities as twins. The population burden of Ahmdavad will eventually be transferred to Dholera-SIR, which will be as good as a settled town of Ahmdavad with the features of a global, high-tech city. Dholera-SIR has the ability to provide significant employment and a world-class living environment because the entire city will be powered by clean energy, with 10,000 MV solar power dedicated to it. The current coal crisis has shown potential issues for urban living; however, Dholera-SIR will be free of these concerns.

Gujarat has a lion’s share in all businesses, including pharma, petrochemicals, steel, petroleum, textiles, and diamonds. With the ongoing infrastructure push, the state will not just take a giant economic leap forward but also give the much-needed impetus to India’s overall growth story.