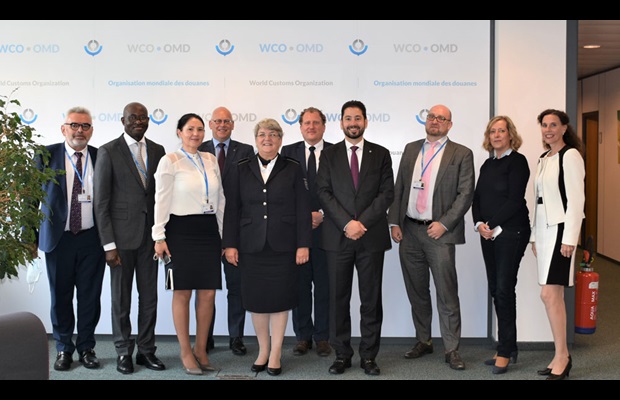 BRUSSELS : The World Customs Organization (WCO) and German Customs recently hosted a meeting with participating WCO Member Customs administrations to discuss the outcomes of the first phase of the West Africa Security Project. The hybrid meeting was chaired by Mr. Olo Sib Pale, the Customs Attaché from Côte d’Ivoire at the WCO, and was hosted at the WCO Headquarters in Brussels with the Directors General and senior officials from the three Customs administrations participating remotely due to ongoing COVID-19 related travel restrictions.

The security-focused capacity building Project is a collaboration between the WCO, the German Central Customs Authority and the German Federal Foreign Office that will assist the Member administrations in West Africa to strengthen their capacity to deal with terrorism and other security threats. The Customs administrations of Ghana, Togo and Côte D’Ivoire are participating in the initial phases of the Project, with later expansion to include other countries in the West Africa Region likely.

The purpose of the two-day high level meeting is to consider the findings and recommendations of an assessment phase of the Project. The assessment was conducted by a team from the WCO Secretariat who worked closely with the three Customs administrations to assess their capability to effectively deal with current and future security and other border-related threats.

The meeting was opened by the Deputy Secretary General of the WCO, Mr. Ricardo Treviño Chapa and Ms. Colette Hercher, President of the German Central Customs Authority. In his opening remarks Mr. Treviño Chapa noted that West Africa and the Sahel region has been impacted severely by terrorism and insecurity in recent years and observed that Customs administrations plays a vital role in countering national and international counter-terrorism activity and meeting their countries obligations under United Nations Security Council Resolutions. He went on to say that “The WCO places great importance on sustainability in capacity building and this Project builds on the WCO West and Central Africa Security Project delivered between 2018 and 2020 and will deliver long-term benefits that extend beyond the life of this project”.

Ms. Hercher spoke of the many challenges in West Africa, including terrorism, environmental degradation, massive irregular migration, and organised crime including the transnational trafficking of drugs, weapons, and human beings that destabilise the region. Highlighting how the German Governments “Enable and Enhance Initiative” has been instrumental in supporting stabilization and security sector reform in the region. She went on to highlight the wider concept of security to encompass economic and societal aspects and quoted the WCO SAFE Framework, by stating that ” Customs administrations have important powers that exist nowhere else in government, that is the authority to inspect cargo and goods shipped into, through and out of a country, and that given their unique authorities and expertise, Customs can and should play a central role in the security”.

Further presentations from the WCO explored the Projects recommendation in greater depth, and led to in depth discussions with the donor and the three participating Customs Administrations in relation to how they could be implemented effectively. The delegations of the beneficiaries also contributed their feedback on the diagnostic process and welcomed the findings and recommendations of the report, expressing their readiness to participate in the proposed further phases of the West Africa Security project.

The next steps will involve further discussions that will take place between the WCO, the German Federal Foreign Office and the German Central Customs Authority to finalize the recommendations that will then be taken forward for internal consideration by the German Government. It is anticipated that Phase 2 of the West Africa Security Project could be launched in early 2022.